A warm welcome at the cool airport 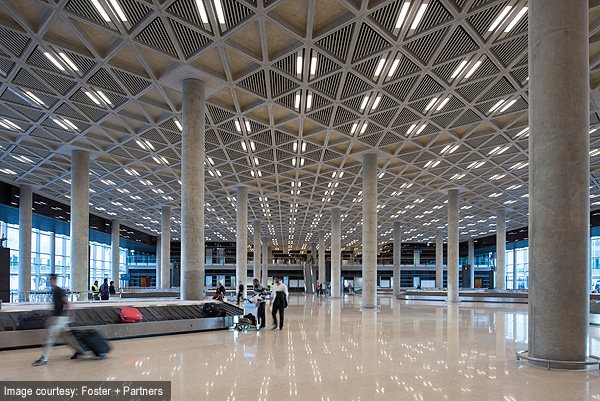 According to a news item on Construct Arabia’s website (CA News Network), SAS International is reported to have announced that its architectural metalwork at Jordan’s Queen Alia International Airport (QAIA) was a part of the new 103,000-square metre terminal, which includes a tubeline ceiling system – a curved metal linear ceiling system, complete with acoustic grey insulation to blend with the concrete soffit.

The company, said the news report, had worked closely with the architecture firm Foster + Partners, to develop an acoustic solution for the environment to fit within concrete canopies, and SAS International designed and supplied 12,000-square metres of tubeline.

The company is also reported to have manufactured curved lighting grilles, 4,000 square metres of triangular ceiling panels and 12,000 metres of its System 700, linear-slat ceiling system. Installed within a triangular geometric grid ceiling system, the linear slats of System 700 provide a finish of neat architectural lines within the baggage claim area, claimed SAS.

According to SAS, the tessellated roof canopy with concrete domes was extended to shade the facades and to enable seamless future expansion, with each dome being a modular unit. The company reportedly added that the airport’s terminal was designed to be built entirely from concrete as the high thermal mass of the material provided passive environmental control, in order to address varying summer temperatures in Amman.

Speaking about this project, Andrew Jackson, Director, SAS International, reportedly explained: “Balancing function with aesthetics is one of the biggest demands when considering products for transportation hubs. The choice of materials and innovative products all have a part to play in providing not only a distinct finish to enhance the vision, but also an environment that is comfortable for the volumes of people in transit, with acoustic control addressed.” 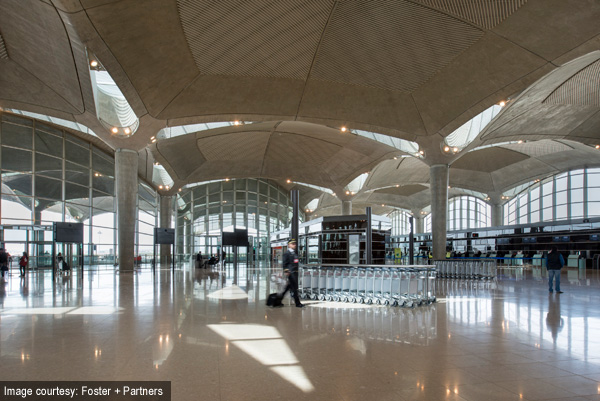