by CCME Content Team
Share on FacebookShare on Twitter
B Surendar caught up with Aslan Al-Barazi, Executive Director, IMEC, at The Climate Control Conference, held in Doha in April, for a Q&A session on the comparative merits of air-cooled and water-cooled chillers and on the use of seawater and TSE in cooling towers.

B Surendar caught up with Aslan Al-Barazi, Executive Director, IMEC, at The Climate Control Conference, held in Doha in April, for a Q&A session on the comparative merits of air-cooled and water-cooled chillers and on the use of seawater and TSE in cooling towers. 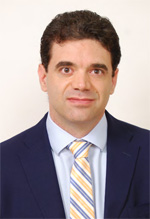 The comparison of cost between an air-cooled chiller system and a water-cooled chiller system, with particular reference to their respective payback is dependant in particular on the size of the chillers and the electricity tariffs set at by the utilities company, be it KAHRAMA, DEWA, ADWEA or any other, and to a lesser extent on the rate charged on water by the same utilities companies/governmental entities. For example, in Dubai, a water-cooled system will pay back in approximately three years due to higher electricity tariffs, whereas in Abu Dhabi, it will pay back in six years approximately due to cheaper rate of electricity there.

How do you guarantee that you get what you pay for?

From a cooling tower perspective and from a thermal perspective, it must be the CTI ATC 105 Field Performance Test, to be done on the cooling towers in between the highest wet bulb days of May to September period. This is crucially important. To ensure thermal performance as set out in the consultant’s design. However, it is not so simple from a materials’ perspective. There is a lot of resorting to cutting corners occurring in the industry, which the client, and in many cases, the consultant and contractors are not made aware of by certain manufacturers. The bottom line is that in certain cases, they may not get what they have paid for or intended to pay for. Examples of potential cutting corners in the industry of cooling towers may include lesser material thickness supplied (than what was specified), like FRP panels and PVC fill. Others include FRP structure weight per square feet. And instead of supplying high-quality FRP high-level glass ratio content, the content is reduced and chalk fillers are used, instead, by certain manufacturers to cut costs. Normally, “on the book, specs-wise, everything looks shiny and fine, and compliance looks practically perfect”, in general. But on the site, things may look or may not look obvious.

From a reality check point of view, I have witnessed several local installations of cooling towers by others, where the PVC fill was practically newspaper-thick. Others were FRP panels which were thin enough to allow light to pass through them. I have also heard from colleagues in the global cooling tower industry about several cooling towers supplied that have actually collapsed due to low density weight of the structural columns. The manufacturers had resorted to this method particularly to keep their prices low – they had substituted glass contents in the structural columns with chalk to save on cost!

In the light of all this, I strongly believe that the general specifications are vulnerable to some suppliers cutting corners, especially in our current economy, where there are few jobs and many contracts are won by the “lowest bidder” at the cost of quality. Therefore, when it comes to specifications, it would be wise to include on-site verifications of materials supplied, even if it is an arbitrary inspection. For example, a piece of PVC fill can be taken to a local laboratory for material thickness verification or an FRP column structure to be site-verified for weight, such as, for instance, 12oz/ square feet per the specifications. You clearly cannot get into too many details of quality here. But at least the basic matters can be covered at site, as such, albeit in an arbitrary fashion, to safeguard the client’s interest and ensure that the client gets what they require, as per their design and specs.

In your opinion, which water type is better – seawater, TSE or potable water?

I am a big advocate that potable water should not be used for district cooling. It is environmentally damaging because of the CO2 emission from the desalination plant and also due to the blow down to the sea of high salinity concentration (80,000 ppm is normal). Most important, potable water is relatively a scarce commodity and should be treated with more respect. We need to avoid its use in a high consumption field like district cooling. TSE and seawater are both excellent options and much less environmentally damaging from the water conservation point of view, provided the right specifications and designs are implemented. 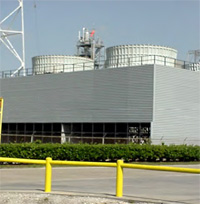 If the project is away from the sea, TSE would be the best choice. However, considering its source, TSE water has the potential to cause dangerous airborne diseases, including legionella. Therefore, projects using TSE should have a safe water treatment programme conducted by a water treatment specialist over the life cycle of the job.

Other issues with TSE are the availability of the quantity required and about the care we need to take to address issues of plumbing water use. That’s a double-edged sword, with, for example, the advent of the waterless new technology out there in the sanitary-ware sector and reduced water use systems in the shower and other domestic water use. This will further substantially reduce the TSE water made available. Moreover, at present, the TSE already falls short of the actual district cooling project demand requirements and will fall further short with new environmentally friendly plumbing technologies. In the light of this, in general, I would say that TSE by itself will not be able to meet the water demands for district cooling projects. In many cases, therefore, the sector needs to work together with another supportive water source, such as potable water, seawater or RO.

Another point mentioned at the conference was that during summer, TSE water is available in much lower quantities (when it is obviously needed most for the air conditioning and cooling systems), whereas, during winter, it is available in a larger quantity, when the demand for cooling is at the lowest. So, the TSE water source should be studied to find out if it meets the actual demand at the given time for the project under operation phase. It is also interesting to note that many people, including many “green engineers” leave their air conditioning systems on when they travel for summer vacations, at say, 25ºC to minimise fungus growth potential. Therefore, as such, TSE will have further issues regarding meeting summer load conditions.

I think that when using TSE systems, care should be taken regarding the PH level, especially on the acidity and chloride levels in order that erosion, corrosion and scaling do not harm the tower and related materials. Also, if the client is choosing between TSE and seawater, the client needs to decide from the early job phase, because a seawater cooling tower will be around 10% to 15% bigger in size than a cooling tower using TSE or potable water. There would be other system design considerations, as well.

Please comment on environmental and health considerations regarding TSE and seawater.

Essentially the best treatment would be to take preemptive measures. Instead of using crude TSE water, it would be better to use polished TSE water. Not only will the water be much safer for all concerned, but also, it will use higher cycles of concentration before being discharged back to the sewage line or irrigation/fire fighting purposes and, therefore, more environmentally friendly.

Seawater cooling is also a good option, as it is inherently hygienic and is practically legionella-free. But tower salt emissions need to be taken into consideration from the early design stage, as well as the location, as location plays an important role in seawater cooling tower design in relation to the surrounding structures.

Could you please comment on exposed risks of TSE water regarding treatment facilities and networks?

Taking into consideration the source of TSE, I always believe that it is best that the water treatment is handled by specialist water treatment companies over the lifecycle of the project. This is especially true for water-cooled chillers using crude TSE as a water source. Can you imagine putting people’s health or lives at risk – maintenance workers or potential tenants – if a negligent or an untrained person is in charge of the O&M, and not carrying out the water treatment procedure properly? I would say that if one were to visit water treatment programmes on many projects in the region, I think one would discover that a lot would be left to the imagination on the exposed dangers and risks of a few neglected systems.

TSE cooling towers like seawater cooling towers also make emissions through the cooling tower drift loss factor albeit of a different sort of TDS. Therefore, the potential risk of airborne harmful bacteria (legionella and others) is ever-present. Therefore, it is essential that specialist water treatment companies handle the long-term process of the treatment of water. The importance of this cannot be stressed enough.

What in your view is the most cost-effective solution?

It was mentioned during the conference that 50% of the daily water demand is fed to the district cooling water requirements. In this context, I believe that by using seawater as a cooling medium for district cooling, you not only cut down the 50% water demand where applicable, but from a desalination point of view, you also reduce substantially the turbine size, its related capacity, the turbine CO2 emissions and the overall desalination plant space footprint and costs, as well.