by CCME Content Team
Share on FacebookShare on Twitter
Dr M Ramaswamy posits the view that absorption chillers can be a green alternative to energy-driven conventional vapour compressor chillers in the GCC region, where waste heat and renewable energy is available.

Dr M Ramaswamy posits the view that absorption chillers can be a green alternative to energy-driven conventional vapour compressor chillers in the GCC region, where waste heat and renewable energy is available. One of the important potential selling points for absorption chillers is that they do not use global warming fluids, he emphasises. 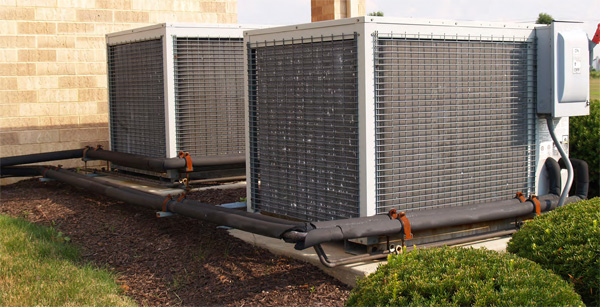 Over the last few decades, energy use, particularly in developing countries is rapidly increasing. Air conditioning is an energy consuming service for buildings in many regions around the world, especially for countries with high solar radiation and high outdoor temperatures. According to the statistics survey by Japan Refrigeration and Air Conditioning Industry Association, the demand for air conditioners worldwide has the fundamental tendency to steadily increase with the global growth rate being about 17%.

In the GCC countries, air conditioning is considered one of the basic necessities due to high ambient temperatures prevailing throughout the year. Most of the air conditioning systems available in the region are based on conventional vapour compression (VC) technology. Though this technology is proven to be reliable, it has a few disadvantages, such as high electricity consumption, high electricity peak load and negative environmental impact. It needs to be noted here that any technology which can help reduce the energy supply to refrigeration and air conditioning systems will play a significant role in the world energy scenario.

For comfort and industrial types of air conditioning applications, where waste heat or renewable energy is available, chiefly thermally driven chillers can be considered as a viable alternative technological solution to reduce global energy consumption. Besides, during recent years, the green building concept has gained favour among architects, designers and builders. Integrating green building practices into the construction of buildings is a part of government initiative to promote sustainable design concept in the GCC countries.

Absorption refrigeration (thermally driven chilling machine) research has received adequate attention during recent years, especially its potential applications in waste heat recovery and solar energy utilisation. The GCC countries have many power plants, desalination units and process industries, such as aluminum extraction and refineries, which are potential sources for waste heat. It is a proven fact that vapour absorption systems are more economical when coupled with a combined heat and power (CHP) system. Also, the abundant availability of solar energy throughout the year in the region offers great opportunities to develop commercial solar energy-based cooling systems in the GCC countries.

Solar energy is considered clean and the energy of the future. At present, the use of solar energy is only limited to domestic hot water and remote area light applications. However, it can be envisaged that commercial solar energy-based cooling systems will certainly gain ground in this region. These positive factors have encouraged the HVAC fraternity to consider vapour absorption (VA) technology as an interesting alternative for air conditioning application in the region.

Is COP the sole deciding factor for AC application selection?

The coefficient of performance (COP) is a performance measuring term for cooling applications, which is defined as the amount of cooling delivered by a machine divided by the amount of energy input required to produce the cooling. The best COP is given by a Carnot engine, which is operating between given temperature conditions. Most existing cooling and refrigeration systems employ a vapour compression cycle due to its high COP. One of the main reasons for limited applications of absorption machine for air conditioning application is its low COP. The absorption machine is a heat-operated machine, and the definition of COP for absorption machine is altogether different. Absorption cooling is a technology that allows cooling to be produced from heat rather than from electricity. Some of the reasons for difference in COP in these two systems are: 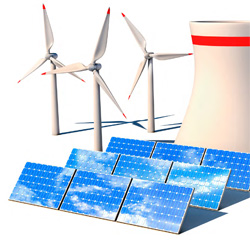 No account for the heat input in power generation has been made for a typical analysis of vapour compression cycles. Electricity is the main input for VC machines, which is produced in power plants by using fossil fuels.

If an analysis is carried out taking energy units in the same heat units, losses in electric power consumption and environmental impact, then absorption machines will be preferred for many air conditioning applications in the GCC countries. Moreover, heat energy is cheaper than electrical energy, and in many applications, heat energy is available either free, such as solar energy, or available as waste heat from another use, such as waste steam, hot water, gas or process exhaust. These low-cost energy sources can be used to drive absorption systems. This, in fact, is one of the strong points which support absorption systems to be replaced by conventional VC systems for air conditioning applications. From an environmental point of view, absorption systems can be effectively applied for use with integrated energy systems, such as waste heat or Combined Heat and Power (CHP). It needs to be noted that these machines do not use any ozone-depleting substances.

A few of the performance characteristics of absorption systems are as follows:

The efficiency of the absorption cycle can be increased by raising the operating temperature through multi-effects. VA machines are, therefore, categorised either by the number of effects, as in LiBr-water refrigeration system, or by the number of stages, as in an Aqueous-Ammonia Refrigeration (AAR) system, to increase their COP. There are a number of commercial absorption chillers available, such as single-effect indirect-fired (steam, hot water); double-effect indirect-fired; and double-effect direct-fired (gas and/or oil burner). It is to be noted that the absorption system is not a reversible cycle, as there is a degree of irreversibility due to mixing of the refrigerant and the absorbent. 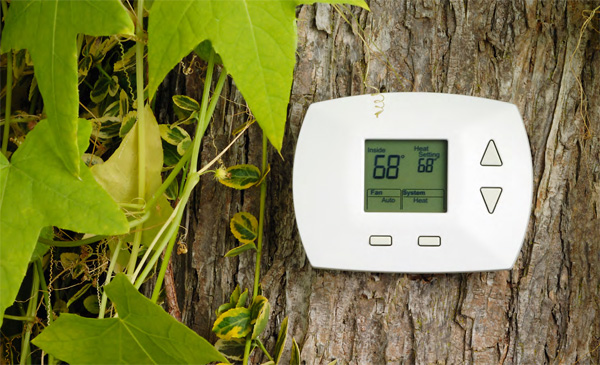 Prospects of VA chillers in the GCC countries

One of the important potential selling points for absorption chillers is that they do not use global warming fluids, such as HCFC, or HFC refrigerant fluids found in vapour compression systems. In the present scenario of “going green”, the GCC countries are serious about implementing international environmental protocols. Therefore, any technology that helps reduce environmental degradation would be encouraged. In this regard, it is significant that absorption chillers are marketed as environmentally friendly options because their power input is not primarily electricity, but a heat source. It is reported that over 360,000 gas-fired absorption units with capacities below 7.5 kW have been produced in Europe and North America using the ammonia-water cycle. The world market for LiBr chillers over 300KW is around 15,000 units per year, typically in Japan, China, Korea, USA and Germany. However, the GCC countries have not witnessed its widespread use.

Following are a few of the challenges in using of VA chillers and how they can be overcome:

The popularity of the absorption system has been influenced by economic conditions and breakthroughs from competing technologies. The GCC countries are emerging as technological hubs for the world market, and therefore, encourage energy-saving products. Though the capital cost of VA chillers is higher than VC chillers, the running cost of VA chillers is lesser than that of VC chillers, the extra capital cost invested can be recovered easily.

In conclusion, the future for absorption chillers in the GCC countries appears bright because of the following favourable reasons:

It can, therefore, be stated that improvement in technology makes the VA system a practical and economical option for cooling systems under the right circumstances.

The writer is Technical Expert, Royal Court Affairs, Sultanate of Oman. He can be contacted at: mramaswamy@rca.gov.om