Dampers can save lives

by CCME Content Team
Share on FacebookShare on Twitter
Dampers play an important role in making a building safe from fire and smoke hazards. Saad Ali explains how they work and cites the recent incident of fire in a Doha mall as an example to highlight the need for strict building codes and fire safety measures.

Dampers play an important role in making a building safe from fire and smoke hazards. Saad Ali explains how they work and cites the recent incident of fire in a Doha mall as an example to highlight the need for strict building codes and fire safety measures. 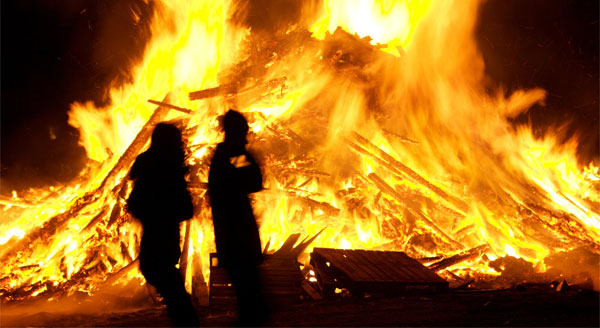 Massive construction transformation has been taking place in the Gulf Arab States in general, and the UAE in particular, with the tallest building in the world, enormous shopping malls and beautiful resorts. It is, therefore, natural that safety of people has become the prime objective in case of danger, such as fire in these structures.

It is typically easy to get away from a fire unless an explosion has occurred, but as smoke inhalation is usually the culprit for most deaths, it’s important to have an HVAC system capable of delivering the proper amount of air and, at the same time, contain the smoke migration, to minimise property damage and, most importantly, save lives.

If smoke is introduced into an HVAC system supplying conditioned air to virtually every area of a building, the entire occupants’ area can be contaminated. Residential apartments, businesses, schools, banquet facilities – any such structure provides the opportunity for smoke-related casualties or property damage unless the building is properly equipped with smoke detectors and fire/smoke dampers.

In recent years, various new designs in fire/smoke dampers have been introduced to prevent casualties in a fire accident and to also increase designer and installer flexibility. Therefore, the right kind of fire/smoke dampers installed properly, along with the knowledge of current codes and standards can go a long way in saving lives and property.

Smoke dampers are operated by either a factory-installed electric or pneumatic actuator. They are controlled by smoke detectors and/or fire alarms. Smoke dampers are qualified under UL Standard 555S, Smoke Dampers, and are designed to resist the passage of air and smoke.

Part of a “passive smoke control system” in which they close upon detection of smoke and prevent the circulation of air and smoke through a duct, transfer, or ventilation opening

Pressurising the areas surrounding the fire prevents the spread of smoke to other areas.

Section 101.3 (Intent) of the 2000 International The Building Code states: “The purpose of this code is to establish minimum requirements to safeguard the public health, safety and general welfare through structural strength, means of egress facilities, stability, sanitation, adequate light and ventilation, energy conservation, and safety to life and property from fire and other hazards attributed to the built environment.”

Since smoke inhalation is usually the cause of most deaths, installing the correct HVAC system that can deliver the right amount of air but, at the same time, is capable of containing smoke through its system, plays an important role in saving lives and minimising damage to property.

By definition, inhalation injury is the breathing in of superheated gases, steam, hot liquids or noxious products of incomplete combustion that cause thermal or chemical injury to the airways and lungs. The combustion of all natural and man-made products results in the production of various chemicals, including hydrogen cyanide, aldehydes, hydrochloric acid, and acrolein, which produce the changes in the airway and lungs, that is characteristic of inhalation injury.

The injury can occur above or below the vocal cords, or in both locations at once. Injuries above the vocal cords are typically caused by inhaled heat, while those below the cords are usually caused by toxins and particulate matter. “Because dry heat does not easily penetrate as far as the lower respiratory tract, true thermal damage of the lungs is rare. The presence of inhalation injury doubles the predicted mortality rate associated with any size of burn in all age groups,” warns Tom Edwards, President, Ruskin Co.

On May 28, more than 20 people were killed, 14 of them children, in a blaze at the Villaggio Mall in Doha. This tragedy raised questions over the entire region’s building codes and whether or not proper measures were implemented to contain the poisonous combustion migrating through the building’s HVAC system. The mall fire incident is a wake-up call for the authorities concerned and building owners. They need to make sure that such scenarios are not repeated. The need for adopting fire safety measures in buildings, especially places like crowded malls, can never be overstated.

The writer is general Manager, Ruskin Titus gulf Manufacturing LLC. He can be contacted at: Saad.ali@ruskintitus.com