by CCME Content Team
Share on FacebookShare on Twitter
Thomas Blewitt and Abhay Miglani have authored a whitepaper to explore the implications of increased and widespread use of flammable refrigerants in HVAC equipment and appliances, with the principle focus on the use of hydrocarbons as refrigerants. The writers hope that the paper will initiate a dialogue among stakeholders to mitigate the hazards flammable refrigerants pose. Part I of the paper delineates the theme and discusses safety issues.

Thomas Blewitt and Abhay Miglani have authored a whitepaper to explore the implications of increased and widespread use of flammable refrigerants in HVAC equipment and appliances, with the principle focus on the use of hydrocarbons as refrigerants. The writers hope that the paper will initiate a dialogue among stakeholders to mitigate the hazards flammable refrigerants pose. Part I of the paper delineates the theme and discusses safety issues. 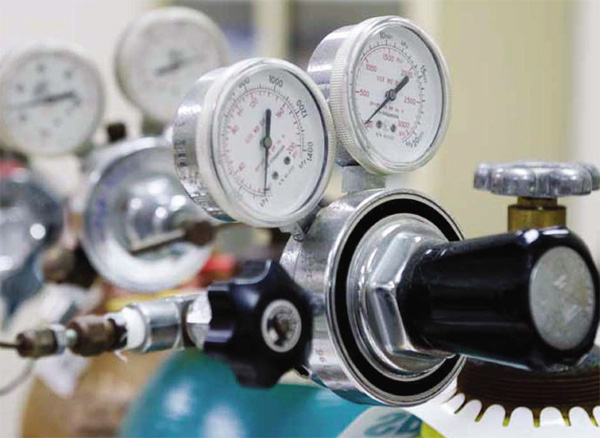 Since the 1989 Montreal Protocol and its successor agreements have come into being, the world of refrigerants has been marked by change. In its search for more environmentally friendly refrigerants, technology has moved from chlorofluorocarbons to a host of alternative substances. Many of these substances serve as interim measures, until the phase-out of ozone-depleting and global-warming refrigerants meet the targets set by the US Clean Air Act. The journey towards compliance has caused the HVAC equipment and appliance industries to revisit the potential use of substances that have good environmental and thermodynamic properties as refrigerants, but which are also, unfortunately, flammable.

An increased use of flammable refrigerants in the US?

It may be surprising to learn that the first commercial refrigerant was a flammable refrigerant. In 1850, an ethyl ether vapour compression system for ice making was developed. From that humble beginning of freezing a simple pail of water, a robust vapour compression refrigeration industry was developed.1 Today, ice-making alone is a nearly one billion-dollar industry in the US. Along the way, scientists, engineers and probably more than a few tinkerers2 have experimented with numerous potential refrigerants.

Ammonia (R717) was an early choice for breweries and continues to be a popular refrigerant in industrial applications, including food processing, pharmaceutical and, even today, breweries.3 Noxious, but non-flammable sulphur dioxide (R764) became popular for small refrigerating systems, and was in widespread use in the US into the 1940s.4 Methyl chloride (R40) experienced brief popularity, but its flammability and potential toxicity ultimately made it unsuitable as a refrigerant. Propane (R290) was touted as a replacement for ammonia refrigerant in the 1920s.5 Isobutane (R600a) was first used as a refrigerant for small systems in the 1920s, but as with other flammable refrigerants (except ammonia), it quickly fell out of use when chlorofluorocarbon (CFC) refrigerants were introduced for commercial use in 1931.6

CFCs had a 60-year run as the refrigerants of choice, until they were identified in the late 1970s as ozone-depleting substances. The phase-out of CFC refrigerants began a little over 10 years later.

A mature safety system had evolved over the decades, as various industries settled upon refrigerants which were generally non-toxic and non-flammable, which provided consistent performance, and which were relatively inexpensive.7 Household refrigerators used the CFC R12. Larger commercial refrigerators used another CFC, R502, while air conditioners used R11 (CFC) and R22 (HCFC). Manufacturers ensured that their equipment was appropriately designed and constructed using well-established criteria and standards, chose the correct refrigerant for the application, and then sold the equipment for installation and use in accordance with equally well-established standards and codes.

Vapour compression refrigeration in appliances is a closed system that circulates a volume of refrigerant and lubricant under pressure. This system typically operates under variable environmental conditions, and often must be capable of adjustment to meet the end-use application. From a traditional electrical equipment safety perspective, (electric shock, fire and casualty hazards), appliance designers have sought to reliably contain the refrigerant. To accomplish this, they have used tubing, vessels and other components with sufficient mechanical strength to handle the developed pressures under expected normal and abnormal operating conditions.

Because the typical HVAC and appliance refrigerant gas (excluding ammonia) was non-toxic in the volumes used and non-flammable, the potential for gas leakage or explosion was not considered to be a safety concern, except under fire conditions. In such cases, the refrigerant system was required to have a means for the controlled venting of refrigerant, before pressure build-up could cause an explosion hazard.

Aside from locations where large quantities of refrigerant might be found (for example, large commercial/industrial facilities), there has been limited concern for the safety of refrigerant-containing appliances in all manner of occupancies.8 This would include locations where a number of appliances are stored or used (for example, warehouses, retail locations)’9 or how the appliances are transported, serviced or disposed of. However, if a flammable refrigerant were to be used in these appliances, it cannot be assumed that safety is adequately assured.

Hydrocarbon refrigerants (HCs) present a risk of fire and explosion hazard if there is a refrigerant leak. The vapour within the closed refrigeration system is not flammable until oxygen is present at the location of the leak, or in the location(s) where the hydrocarbon gas travels after leaking from the system. If the gas and air mixture is within the upper and lower flammability limits (UFL and LFL respectively)10 for the particular refrigerant, the mixture is flammable in the presence of an ignition source. Hot surfaces11 and electrical arcs, such as those present at the contacts of electrical switching contacts (switches, temperature and humidity controls, etc.), are the principal potential ignition sources in HVAC and appliances.

Supermarket refrigerated cases and building air conditioning systems typically have larger quantities of refrigerant. Because these systems are often assembled on-site, they are more often subject to leaks.13 Indeed, leakage is regarded as a given for field-assembled equipment. The Clean Air Act now requires refrigerant leaks to be repaired for systems containing over 50 pounds of refrigerant if the leakage is determined to be 35% or greater in a 12-month period for commercial refrigeration, and 15% for comfort cooling and other appliances.14 Therefore, the use of a flammable refrigerant in such equipment would require improved containment features over those found in non-flammable refrigerant systems. It would also require mechanical ventilation and other mitigation procedures at the installation site to avoid the presence of a flammable gas and air mixture at potential ignition sources, either on the equipment or in the installation environment.

Smaller equipment, such as household refrigerators can also leak. Improved containment over non-flammable refrigerant systems is also appropriate, but mechanical ventilation or other means to disperse the refrigerant may not be practical for such appliances. Equipment designers must then look to avoid placing potential ignition sources in locations (for example, a storage compartment, hollow in a wall, etc.) that could yield a flammable gas and air mixture in the event of a leak. The designer, of course, can often do little about other possible ignition sources in the installed environment.

All equipment is serviced and, ultimately, disposed of. These activities also are potential situations for leakage. The equipment design must minimise the risk of fire or explosion during servicing, and service personnel must have sufficient knowledge to safely do their job.

Most appliances, room HVAC equipment and split systems are factory charged, and subsequently transported with the charge present, and may be transported multiple additional times throughout the product’s useful life. Vehicle transport can jar or vibrate the parts containing refrigerant, increasing the risk of leakage. Designers must account for these concerns in the equipment design, as well as the equipment packaging.

If an individual appliance has a small refrigerant charge, but there are many such appliances at a given location (eg, a warehouse or tractor-trailer), the aggregate amount of flammable refrigerant may be relatively large. Though it is unlikely under normal circumstance that all of the appliances might simultaneously leak, a warehouse fire or transportation accident could lead to the leakage of large volumes of flammable refrigerant.

While the risk conditions noted above can often be anticipated in the design process, it is much more difficult to anticipate the abuse of equipment in use, and to design appropriate safety features to mitigate that risk. For example, vending machines are checked for the risk of overturning in cases where the equipment is rocked back and forth to dislodge a vended product. But what type of rocking test would adequately assess the risk involving a vending machine with flammable refrigerant? It can also be a challenge to ensure that an installation site doesn’t pose an unacceptable risk. For example, how can local building authorities anticipate and address the potential risk posed by having multiple appliances containing flammable refrigerant in a single-family residence or in a children’s play area or classroom?

These and similar such concerns involve a number of potential stakeholders who individually and collectively have a key role in ensuring the safety of HVAC equipment and appliances containing flammable refrigerants. As the publisher of equipment safety standards for HVAC equipment and appliances, Underwriters Laboratories Inc (UL) has identified stakeholder interests that it believes to be relevant to the total safety system, in which safety standards are an essential element. These areas of interest are depicted in Figure 1.

Stakeholder identification is just a first step in undertaking a unified and coordinated review of the potential impact of the wider use of flammable refrigerants in HVAC equipment and appliances. Gaps in codes and standards for installation and use, including the applicable equipment safety standards, need to be identified and addressed. Education and training for installers, service personnel, storage and retail facilities operators, fire fighters and inspection professionals will also be important.

The remaining parts of this paper will explore the most important factors that are expected to result in flammable refrigerant HVAC equipment and appliances, the current state of safety standards, and some near-term activities to address the gaps.

References:
[1] [1] CFC’s: Time of Transition, ASHRAE, 1989, p 4.
[2] Individuals experimenting with refrigerants outside of university and corporate laboratories are not just a thing of times past. Hawaii News Now (hawaiinewsnow. com) reported in a June 20, 2008 article by Howard Dashefsky that auto mechanic Richard Maruya of Kaneohe, HI developed the hydrocarbon refrigerants HCR 188 and HCR 188c in his garage using off-the-shelf materials. These refrigerants are currently out for public review for recognition under the EPA SNAP Program.
[3] Ammonia Refrigeration Products and Services, “What is Ammonia Refrigeration,” by Renewable Energy institute,http:// ammoniarefrigeration.net/.
[4] CFCs: Time of Transition, ASHRAE, 1989, p 9.
[5] Ibid, p 11.
[6] Ibid.
[7] For example, R12 was so inexpensive that it was commonly used as an aerosol propellant in consumer products such as hairspray.
[8] This observation is based on the appliance being used and installed as intended by the manufacturer and does not take into account environmental concerns or abuse (eg refrigerant “huffing”).
[9] This observation doesn’t take into account the potential exposure to byproducts of combustion that may be present in a building fire.
[10] From UL 250 Table SA5.1 Refrigerant lower flammability limit (LFL): 2.1% for propane (R290), 1.5% for n-butane (R600), 1.8% for isobutane (R600a).
[11] From UL 250 Table SA5.1 Refrigerant ignition temperature: 470oC for propane, 365oC for n-butane and 460 oC for isobutane.
[12] This is a simplification of what can be a complex circumstance. Other factors, including compressor motor lubricants, the nature of the leak and ambient environment, among others, can affect the risk that a flammable gas and air mixture is present.
[13] Historically, “the average (commercial) refrigeration system loses its complete refrigerant charge three times in 10 years,” according to“The True Cost of Refrigeration Leaks,” Esslinger, S., “CFC’s in Transition,” ASHRAE, 1989, p 235.