Saying that the figures indicate a revenue growth of 68% and a net profit growth of 36% in comparison to fiscal 2010, Drake & Scull International PJSC (DSI), has announced a net profit of AED 220 million and AED 3.1 billion in revenues for fiscal year 2011 ended December 31.

According to DSI, earnings per share (EPS) in 2010 was AED 0.072 compared to AED 0.095 recorded during the same period this year. Reportedly, the total project awards announced in 2011 reached AED 4.4 billion in comparison to AED 3.4 billion awarded in 2010, and the order backlog reached a record high of AED 7.1 billion, representing a year over year increase of 43%. 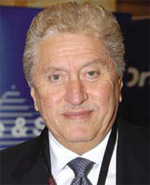 Commenting on the announcement, Khaldoun Tabari, CEO of DSI, said: “We are satisfied with the results and closed 2011 on track in achieving our growth objective for the year through the civil, MEP and water and power subsidiaries across the region. 2011 has been a year of growth and consolidation for the company, as we have acquired during the last two years four companies that have significantly contributed to top line and bottom line growth. Our aim in 2012 is to sustain our growth in the MENA region and to pursue our expansion plan in Asia.”

Osama Hamdan, CFO, DSI, added: “The top line growth is attributed to the company’s increased momentum in projects execution and ability to secure more contracts in the region. The remarkable increase in profits is a testament of our commitment to cost reduction, our efficiency and diligence in project execution. Our focus remains on cost control and collections to ensure a healthy cash flow to maintain our strong balance sheet. The civil business was a major contributor to the revenues and we expect this trend to continue in 2012.”