Valeria Camerino reports on how the region’s current lack of compliance with international standards might pose some safety risks for air purifier end-users.

According to recent studies, residents of the GCC countries are at higher risk of suffering from asthma and other allergic reactions, due to local climatic conditions and an increase in greenery. This is why air purifiers, which use different methods to remove airborne contaminants and improve indoor air quality, are increasingly gaining ground in the Gulf markets. 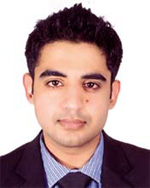 “There is a mistaken belief that humidification and de-humidification also purify the air, e.g. those swirling bowls of water with fragrance,” he observes.

Air purification is mainly based on the use of conventional filters (both HEPA, and non-HEPA) which filter out particles of a particular size.

Another category is represented by ionisers which attach a charge to airborne particles which then precipitate, and literally fall to the floor due to the heavy weight of a clump of charged particles stuck together.

Ozone generators, on the other hand, release high concentrations of ozone in a limited space. Although this substance is an effective virucide/bactericide and deodorising agent, it is also toxic at concentrations required to be effective, Balani points out.

“Ozone is considered harmful to health and corrosive according to the US Government Environmental Protection Agency (EPA), and is therefore not recommended for use in occupied areas,” he says, adding that US consumer organisations have litigated against many ionic air purifier brands as sources of ozone and on the grounds of being ineffective.

The majority of air purifiers currently available on the market remove larger particles such as dust.

However, not many are effective against bacteria, viruses and mould – the most common and troublesome allergen given the region’s climate, Balani explains.

“Most air purifiers require regular rigorous cleaning and/or replacement of consumables such as filters, bulbs or catalysts,” he says. “If regular maintenance is not carried out, which is generally the case, then air purification efficiency is greatly reduced and indeed, [the system becomes] a source of airborne contamination!”

In his view, the key technical criteria that air purifiers should meet are effectiveness in destroying specified allergens (as opposed to just removing them), maintenance, level of noise, satisfactory coverage area, and electricity consumption.

“Sadly, few international standards exist in this field other than ASHRAE, which seem to be based on airflow and particulate matter and thus are not comprehensive enough to include bacteria, viruses and mould,” he points out.

As he explains, at present, there are no quality standards and certifications that air purifiers sold in the GCC markets must comply with.

“They should be EU RoHS compliant and also pass international standards for electrical safety and fire risk,” he argues.

“Most importantly, there should be some independent tests to show efficacy – something which is critical to the consumer and is an area where the GCC could lead the world with a first in terms of standards.”

Air purifiers are essentially energy-intensive devices. It requires huge amounts of energy to force air through HEPA filters, the most common kind of air purification technology used. Balani claims that Airfree, thanks to its low electricity consumption and the fact that doesn’t require any maintenance, responds to the needs for more sustainable and energy-efficient technologies and is increasingly chosen for this reason.

However, he points out that, when purchasing air purifiers, end users are mainly concerned with the initial cost, “which can be very misleading once you factor in maintenance, consumables and energy over a three to five year period.”

With regard to installation issues, Balani observes that incorrect positioning leads to poor maintenance or ineffective air purification.