by CCME Content Team
Share on FacebookShare on Twitter
This year’s AHR Expo, which was held at Chicago’s McCormick Place from January 23 to January 25, attracted more than 58,000 HVACR professionals from all over the globe.

This year’s AHR Expo, which was held at Chicago’s McCormick Place from January 23 to January 25, attracted more than 58,000 HVACR professionals from all over the globe. 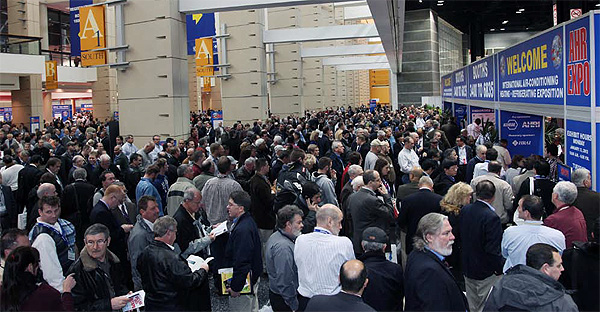 As the largest and most comprehensive HVACR exposition, the AHR Expo, produced and managed by International Exposition Company, attracts tens of thousands of attendees from all facets of the industry, including contractors, engineers, dealers, distributors, wholesalers, OEMs, architects, builders, industrial plant operators, facility owners and managers, agents and reps.

AHR Expo show management announced that the 2012 exposition and conference has established a new all-time attendance record with nearly 40,000 registered visitors for the event, which was held at Chicago’s McCormick Place. Together with exhibitor personnel and other attendees, more than 58,000 HVACR professionals participated in the world’s largest HVACR event from January 23 through January 25.

Since 1930, the AHR Expo has been the HVACR professional’s resource for new products, new ideas and new services. It’s a hands-on, interactive event that showcases a wide spectrum of equipment, systems and components.

“We are delighted that we have established new all-time records for both the size of the event and the best visitor attendance,” said Clay Stevens, President of International Exposition Company. “We hope this is an indication that the economy is on the upswing and will continue to improve.”

Stevens also attributed the new records to the many new energy-efficient technologies and products in the marketplace, as well as pent-up demand for new equipment.

“The show has been outstanding for us this year,” said Mark Handzel, Director of Marketing for Xylem RCW.

These sentiments were echoed by Karl Schneider, VP of Marketing for FieldAware. “This is our first AHR Expo and we are amazed at the size and diversity of the attendee base – we were overwhelmed by the response.”

At the 2012 AHR Expo Innovation Award Presentation Ceremony on January 24, the Product of the Year Award was presented to Melink Corporation for its Intelli-Hood Kitchen Ventilation Control product that, according to the company, can save up to 90% in fan energy.

The hood adjusts the speed of the fan by measuring the temperature, steam and smoke in the hood. The system consistently runs at a minimum speed of 10% to 50% but can increase to speeds of up to 100% while cooking is taking place to provide complete smoke and vapour removal.

Melink Corporation was selected from among the 10 Innovation Award winners for the prestigious Product of the Year honour.

The SS103E combines the functionality of Safe-T-Switch’s Model SS1’s horizontal or vertical installation options with the Model SS3’s clip-on installation for primary or auxiliary drain pan edges. RectorSeal claimed that the switch is compatible with all air conditioning brands, offers the flexibility of vertical, horizontal or in-line installation, and also includes a 3/4-inch adapter, bushing and cap. The SS500EP also features the new electronic sensor probe and LED indicator and is UL-2043 plenum-rated, which offers compact water shutoff device for commercial down-flow rooftop units.

Both patented switches’ microelectronics logic circuits continuously sample via dual-sensor probes and determine whether moisture presence is transient or permanent.

The latter shuts down the system and sounds an alarm. The LED displays for the SS103E and SS500EP expedite on-site diagnostics with three LED-coloured lights 1) Red ̶ unit is shutdown; 2) Yellow ̶ a shutdown event occurred within four days; and 3) Green ̶ no shutdown occurrence.

During the Expo, Dectron Internationale, a US-based manufacturer of indoor air quality equipment, named SRS Enterprises, as its “Rep of the Year—2011”. It is the third consecutive year SRS Enterprises has won the award.

SRS helped get several subsidiaries of Dectron Internationale equipment specified in a variety of large and small New York projects.

“SRS Enterprises encompasses what we look for in a representative of the year,” said Harry Topikian, vice president of business development, Dectron. “They sold a large number of units across the spectrum of Dectron’s product lines, including very high profile projects.”

The 18-year-old manufacturer’s representative firm, which has offices in Brooklyn as well as Middletown, New Jersey, and covers the territories throughout New York City, Long Island, sold dozens of air treatment systems to the Croton and Catskill-Delaware Water Treatment plants that are responsible for the improved taste, odour, colour and quality of drinking water for the city of New York, according to Topikian. 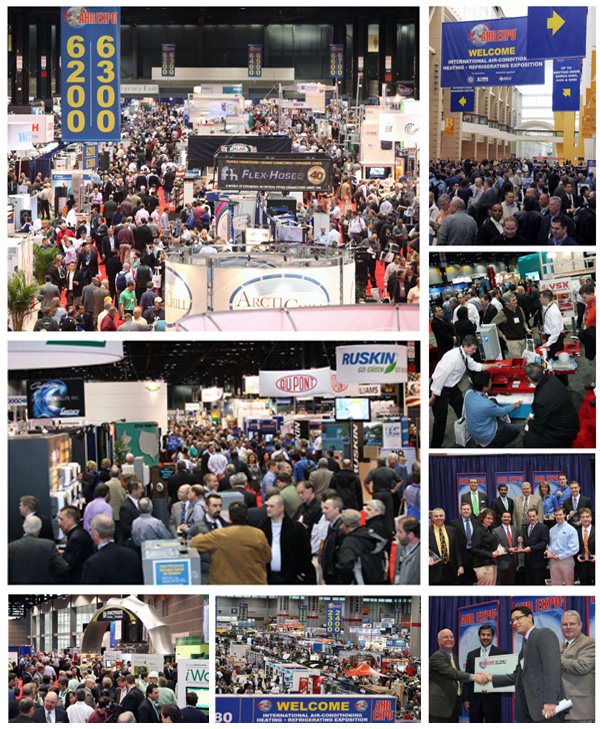