Ductwork is probably the single most important element of any HVAC system. Proper duct fitting ensures optimal indoor air quality and thermal comfort. Furthermore, air leakage is one of the key culprits of energy loss in the HVAC industry, hence the importance of scrupulous sealing and insulation can by no means be underestimated. In this second part of our year-long campaign on ducting, John Guthrie, Regional Sales Manager at Carlisle HVAC, sheds some light on the role played by sealants, coatings and adhesives in improving buildings’ energy efficiency and indoor air quality.

Sealants, coatings and adhesives – in the HVAC industry: these three words are often strung together without a second thought. And why shouldn’t they be, when the three share so much in common? At their most basic, each of these is designed for the express purpose of maintaining a high level of comfort for the occupants of a given facility. However, the simplistic assumption that because they serve a similar function they must be essentially the same underestimates their separate, critical roles as part of a functioning HVAC system. The very integrity of such a system depends on the optimal performance and high quality of these three interconnected components. 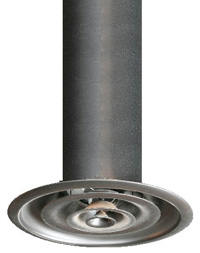 An understanding of the importance of properly sealed ductwork begins with a single bare fact from the US Department of Energy – the typical duct system loses a quarter to nearly half of its energy output as a result of poor sealing and lack of insulation. And because air leaking from ductwork is invisible, most duck leaks go unnoticed by homeowners and HVAC contractors. The majority of leakage occurs at connections, joints and seams throughout a duct system, making proper sealing one of the easiest and most effective methods of mitigating energy loss and reducing operating costs. The HVAC industry has come a long way since the advent of the now-ubiquitous roll of gray duct tape (which by code is not allowed to be used to seal ducts), with a variety of sealing methods available for commercial and residential ductwork. Rolled sealants are perhaps the closest to duct tape in appearance and function, although their superior adhesion and tensile strength means they are code-compliant and far better suited to the task. Today’s rolled elastomeric sealants are available in a variety of widths and are suitable for use on metal, duct board, PVC, wood, concrete and most other materials. They offer resistance to water, chemicals, acids and bases, can tolerate temperatures from subzero to well over 200° degrees, and provide moisture- and vapour-tightness at duct connections including those that are below grade.

In a world of increased labour costs, alternative sealing methods are becoming more and more popular. Among the most useful innovations in HVAC sealing is the sprayed sealant, which reduces application time over rolled elastomeric sealants and can offer cost and labor savings of up to 70%. Sprayed sealants are touted for their consistent coverage at increased coverage rates and substantial performance enhancement over tapes (allowing for higher SMACNA pressure classes). Many manufacturers also offer low-VOC, water-based sprayed sealants, which can contribute to LEED credit requirements. A disadvantage of this option is that sprayed sealants require the use of a special “delivery system” or spray rig in order to accomplish the job. Paint spray rigs are sometimes suitable for the task, but some manufacturers have improved the process by developing specialty rigs that can better accommodate sealants.

Mastics and silicone sealants are two other popular sealing options. They are extremely versatile and can withstand extremely low or high temperatures, ultraviolet rays and inclement weather. Mastics can be water- or solvent-based. Application of these products is often more time- and labour-intensive than spray methods, but tests have demonstrated that they are remarkably reliable, performing even under extreme conditions for many years. In fact, in a study comparing the various methods for sealing ductwork, mastics far outperformed standard duct tape.

If sealants can be said to be responsible for maintaining positive airflow throughout ductwork, coatings are tasked with improving the air’s quality. It is no secret in the HVAC industry that ductwork often goes uncleaned for decades, making ducts a breeding ground for mold, mildew, fungus and microbes. Coatings are one form of defense against the war these wage on a facility’s occupants. The effectiveness of coatings depends on their performance at two levels. First, they work as encapsulants, covering and neutralising the organic and inorganic matter (such as dust and debris from delaminated insulation, for example) on which microbes feed. Secondly, they provide a glossy or semi-gloss finish to the interior of ductwork, preventing the accumulation of debris that can lead to the growth of mold. Many duct coatings are low-VOC, and most can be applied using a variety of methods, from rollers to spray rigs. Robotic sealing and coating systems are becoming popular alternative methods for the application of such coatings. These robots often include integrated digital video recorders which provide a direct feed to the operator, allowing the identification and remediation of problem areas. 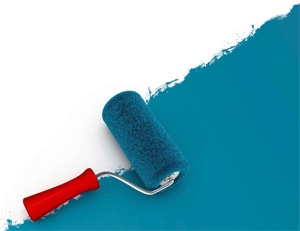 The third critical area of HVAC maintenance is adhesive. As mentioned above, loose, delaminated bits of insulation tend to foster mold growth, and they also have the nasty habit of impeding airflow within a duct system, dramatically affecting its efficiency. Delaminated insulation can also break down, contaminating the air with its fibers. Remediation of such ductwork is often cost- and labour-intensive. Water- and solvent-based adhesives, roller-applied, brushed and sprayed, each poses a number of advantages and disadvantages based on the nature of a given application. The appropriate adhesive provides a strong, uniform bond between ductwork and the insulation. Its performance is typically complemented by a lagging adhesive to seal the exposed edges of insulation in order to prevent airborne fibers from entering into the facility’s airflow.

Adhesives can be split into three categories – water-based, solvent-based, and aerosol adhesives (which, though a distinct category, are also technically solvent-based). Some require an hour or more of bonding and drying time, while others – particularly aerosol adhesives – bond and dry immediately. Like coatings, many of these are low VOC and often have fungicidal or antimicrobial properties. Spray rigs and robots can be adapted to deliver insulation adhesives to HVAC systems for an extremely quick and incredibly uniform application.

An allusion made at the beginning of this article bears repeating at its close: as with all components in an HVAC system, quality makes a difference. The total lifecycle cost rather than the mere initial installed costs must be taken into account when designing an HVAC system, with the best products specified to ensure optimal system performance. All angles considered, why these three crucial aspects of HVAC design are often recited in the same breath seems fairly obvious. The differences between adhesives, coatings and sealants may seem great when the three are compared side-by-side; nevertheless, they work together to play an integral role in offering comfort to a facility’s occupants. Their contribution to maintaining a building envelope’s energy efficiency and offering high indoor air quality cannot be overstated, and with advances in technology, their application today is faster and simpler than ever.