A Rethink on Refrigerants

by CCME Content Team
Share on FacebookShare on Twitter
Highlighting the effects of climate change and its significance for refrigeration technology, Eurammon makes a case for a unified approach and policy regarding natural refrigerants to combat the inevitable consequences

Highlighting the effects of climate change and its significance for refrigeration technology, Eurammon makes a case for a unified approach and policy regarding natural refrigerants to combat the inevitable consequences. Photo by Jeannette Meier Kamer. 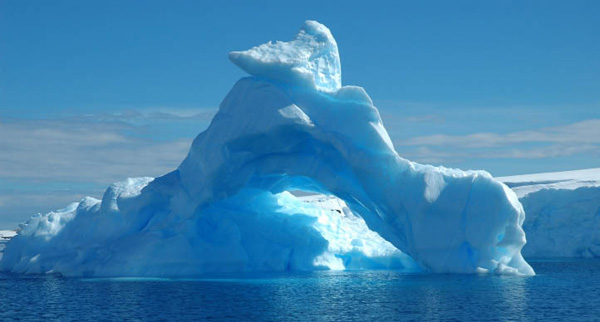 Keeping an open Scarcely any other issue is as omnipresent and as controversially discussed in the 21st century as climate change, along with greenhouse effect and global warming. Those who doubt that climate change is a man-made phenomenon, cite the example of various eras in the history of our planet, where the Earth has heated up or cooled down drastically even without any human intervention. In future, too, they see climate change occurring as a result of natural causes, including among others, a changed ellipsoid orbit of the Earth around the sun.

Climate researchers counter this argument by saying that the situation today is exacerbated by a not inconsiderable human contribution to greenhouse gases in the atmosphere, leading to the Earth warming up by several degrees Celsius by the end of the century. The main cause of this is seen to be industrial and technological development over the last 150 years. However, at the start of this period, climate change and carbon emissions were unknown factors. They have only gradually come into focus with increased sharpness since the 1960s.

DIRECT AND INDIRECT EMISSIONS IN REFRIGERATION

THE POLITICS OF CLIMATE CHANGE

Environmental agreements, such as the International Kyoto Protocol in general, or the European F-Gas Regulation in particular, are dedicated to the issue of greenhouse-relevant substances, and look for solutions on a political level. But it is proving to be extremely difficult to bring about an understanding on shared climate protection and reduction levels, as well as elaborating generally binding regulations, in view of the numerous individual interests of the many states involved. This is the case, particularly with the Kyoto Protocol, which expires this year. Already at the Cancún climate summit in 2010, the participating countries were not able to reach an agreement on a binding structure for a follow-on protocol or on a shared approach to a new way of calculating emission values.

While the international Kyoto Protocol stipulates binding reduction targets for gases, such as carbon dioxide, methane, nitrous oxide, sulphur hexafluoride and fluorinated hydrocarbons, the European F-Gas Regulation refers, particularly to the latter group and their use in various installations. “The Regulation is of special significance for the refrigeration and air conditioning sectors, because F-gases are used as refrigerants in refrigeration and air conditioning systems,” Witt explains. To reduce emissions, it regulates, for example, the placing on the market of F-gases, the monitoring and maintenance of installations in order to avoid leaks, and the initial and advanced training of professionally qualified staff.

The European Commission recently published a Review Report on the effects and adequacy of the F-Gas Regulation over the last four years. It came to the conclusion that the Regulation has had quite a significant effect on F-gas emissions in Europe. By the end of 2010, such emissions were verifiably reduced by three million tonnes of CO2 equivalent. But this is not enough in order to reach the EU’s long-term targets of reducing emissions by 80% to 95% in 2050 compared to 1990.

Only about half of all emissions forecast by 2050 could be avoided altogether, and only if all 27 EU Member States were to consistently apply the current specifications from the F-Gas Regulation and the corresponding provisions for mobile air conditioning units (MAC Directive). This would mean that the emissions would only remain stable on the current level of 110 million tonnes of CO2 equivalent. The crux of the matter, therefore, is: Predictions indicate that there is only very little scope for reducing emissions in the framework of applications covered by the F-Gas Regulation – in the magnitude of around three million tonnes by 2010 and around four million tonnes by 2050. “It is, therefore, not possible to reach the target simply by continuing as before,” says Witt. “Regulations are only expedient when they are adhered. As long as F-Gas consumption is not closely monitored and more important, so non-compliance is fined, it is very unlikely the consumption can be reduced as planned. Stricter controls and harsher penalties for failure to comply with the requirements are, therefore, necessary.”

NATURAL REFRIGERANTS AS AN ALTERNATIVE

The objective of the F-Gas Regulation should also be to push the development of new technological innovations and alternative technologies. One alternative to F-gases in refrigeration and air conditioning systems consists of natural refrigerants, such as ammonia (NH3), carbon dioxide (CO2) and hydrocarbons. “In contrast to the F-gases, these refrigerants offer the advantage of having either no or only a negligible global warming potential,” adds Witt. “As a result, their contribution to the greenhouse effect is only marginal, even in the event of leaks or when disposing of the refrigerant.”

In the framework of its involvement in the expert group reviewing the F-Gas Regulation, Eurammon drew attention, among others, to the high potential for reducing F-gases by using ammonia as a refrigerant, for example, in stationary air conditioning systems. The initiative also emphasised the good thermodynamic properties of NH3 and hydrocarbons, also for applications in the critical temperature range.

The Eurammon Chairwoman also envisages explicit incentives when using systems with natural refrigerants as alternative technology, either in the form of subsidies or tax deduction. Another proven possibility could be the penalty for refrigerants with high GWP.

In September, the Australian government introduced a bill in Parliament for a CO2 tax, which includes taxation on F-gas imports. In Europe, individual countries have already implemented additional measures to intensify the transition to existing, more environment-friendly technologies. The Scandinavian countries, for example, levy an additional F-gas tax. One kilogramme of R134a costs €17.50 in tax in Denmark, €35.00 in Sweden and as much as €39 in Norway. “It is important to come to harmonised European standards in order to support the safe use of natural refrigerants. Right now, there exist too many obstacles in certain countries,” Witt explains.

OPTIMISING THE USE OF RESOURCES

Natural refrigerants are low in costs, available in unlimited quantities and already cover practically all refrigeration applications today. “This must be the basis for optimising and advancing refrigeration technology,” advises Witt. “The energy efficiency of installations and components can be optimised even further by research and development. In future, it should be possible for installations to produce the energy that they need to operate.

“But there is still room for improvement to further reduce the energy consumption. The waste heat produced by installations, for example, can be used for preparing hot water or for heating. And if an installation does not have to operate at full capacity most of the time, the corresponding output and energy consumption could be regulated with speed-controlled compressors. Moreover, renewable energy sources, such as solar energy could be used for power generation and refrigeration to reduce the carbon emissions generated with fossil energy.”