Getting the ball rolling

We focused on the impact that Qatar 2022 will have on the country’s sustainable future. 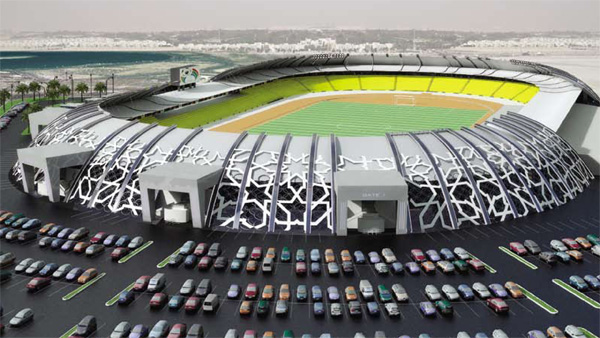 The complete regeneration of Qatar’s infrastructure, indeed, the entire ‘look’ of the country, was already well underway before December 2 last year, when FIFA’s Executive Committee decided that the country would host the most popular sporting event on earth – the World Cup – in 2022.

FIFA’s decision has done more than add the construction of nine new football stadiums, ancillary training and ‘fan zone’ facilities to the country’s ‘to do’ list, it has focused the attention of the world on the diminutive peninsula. Further, the December 2010 bid success has given a huge confidence boost to the country providing another reason, if one were needed, to redouble its efforts.

“From a global perspective, there is little doubt that Qatar has both the finance and the expertise to change the face of the country. This is evidenced in terms of the World Cup-related construction, but also the planned InterGulf Rail Network, Doha Metro, deep water sea port, New Doha International Airport and the development of Lusail City. These are just a few of the many projects which make up the ambitious and long-term Qatar National Vision 2030, the ongoing programme to radically improve Qatar’s profile and infrastructure for the benefit of all who live in the country and the GCC region as a whole.

The current focus in responsible construction is on the implementation of a suitable sustainability solution specific to each project. The Mushaireb development – as one of the leading examples – will regenerate a green site of 31 hectares located in the heart of Doha, which is the historical origin of the capital city.

“The Mushaireb project is much more than just a real estate development; it’s the centrepiece of a vision that creates a new architectural language, blending the best of modern approach with traditional Qatari styles working in harmony with nature rather than competing against it,” said Nezar.

He added, “The mixed-use project is considered as one of the leading experiences in providing a sustainable form for more than 100 environmentally friendly buildings that fuse the best of Qatari traditions with modern techniques.”

Qatar’s carbon footprint per capita is one of the highest in the world. While this represents a problem, it also represents an opportunity: to shift towards carbon neutral solutions. The world is watching how Qatar will carry out the announced plans to achieve the first carbon-neutral FIFA World Cup in 2022.

Sustainable fully-integrated air conditioning solutions for stadiums and fan zones energised by solar power have been initiated at a reduced-scale prototype (an indoor 500-seat stadium just outside Doha), and real-scale projects, to be commissioned in 2015, are under development. This challenge will be a real opportunity for Qatar to revolutionise the air conditioning and refrigeration industry, in general, and its application in the MENA and Far East regions, in particular.

“Football itself will gain by adopting this kind of clean technology,” said Nezar. “Football players can take advantage of a long summer break to enhance their skills while enjoying the comfortable thermal conditions assured by the carbon-neutral AC systems, which are being specially developed and enhanced for the 2022 World Cup.”

Qatar has also announced plans to deconstruct the majority of the 2022 World Cup stadia after the tournament and ship them to developing countries as a commitment for a broader sustainability development reaching out to a wider population.

It’s the sheer scale of the previously mentioned projects that demands sustainability in their creation. Fortunately, there is plenty of room even in this compact country and Qatar does have the advantage of being, pretty much, a ‘blank canvas’. Nezar suggests that at the outset of a project, an interdisciplinary team identifies sustainability goals in terms of cost, performance metrics and also develops a fully integrated strategy.

A ‘roadmap’ needs to be drawn up for implementing sustainable solutions (far-off from dogmatic concepts) including strong technical background, optimised schedules, defined responsibilities, measurable outcomes and a continuous improvement plan. Clients need to be guided to meet legislated targets for a sustainable development through design, construction and operations steps.

“A ‘green legacy’ has already been initiated through a number of sustainable projects – ‘green living models’ – that preserve the cultural heritage of Qatar while preparing for a future that goes above and beyond the 2022 World Cup,” Nezar said.

“Now, more than ever, the impact that construction has on the environment is of paramount. We only have one planet, and we have to look after it”.

Saleh Nezar is Sustainability Director at Qatar Project Management (QPM). He can be contacted at s.nezar@qpm.com.qa