by CCME Content Team
Share on FacebookShare on Twitter
Citing successful examples of district heating in Europe and South Korea, George Berbari interrogates why the models cannot be replicated for district cooling in the region.

Citing successful examples of district heating in Europe and South Korea, George Berbari interrogates why the models cannot be replicated for district cooling in the region. 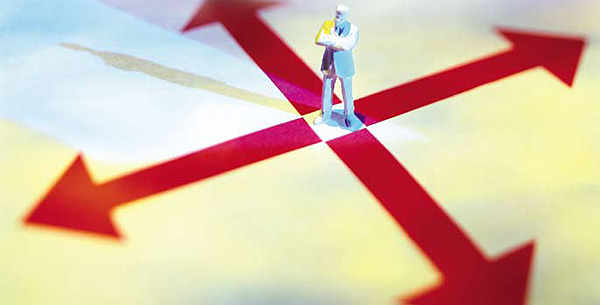 Currently, more than three million tonnes of central chilled water plants have been built and commissioned in the GCC region, of which, around 65% of the capacity has been installed in UAE, where district cooling has achieved the highest global penetration rate of around 10% of the country’s total air conditioning market. Juxtaposed against this, the average penetration rate in the other GCC countries is around two per cent.

However, there is some amount of scepticism regarding the future of the industry. This has arisen, not only from the recent financial crisis, but also due to policies, which the industry believes, did not offer enough incentives through preferential utility rates or making available plots and service corridors and, in general, create supporting regulations that could have enforced fair district cooling rates and practices to the consumers. Unfortunately, largely speaking, this has left the district cooling companies to deal with the present difficult patch on their own.

However, the importance of district cooling in the GCC countries cannot be overlooked. It has played an important role in meeting the ever-increasing power demand, exceeding 10% every year in some of the GCC countries.

The demand for power has now reached an alarming rate. The GCC countries consume around 25% of the total oil and gas they produce. This is expected to reach 50% by year 2024. Hence, the Kingdom of Saudi Arabia, Qatar, Kuwait, Oman, Bahrain and the UAE have continued to produce 500,000 TR of district cooling in 2010 and 2011, for public and institutional projects, such as the Saadiyat Island, the Abu Dhabi Exhibition centre, the Qatar University, Lusail, airports in Jeddah, Madinah, Doha and Abu Dhabi, the Makkah Haram Expansion, King Abdullah Financial District and the Al Sabah University, among other projects. It is evident that district cooling developers are shifting from the traditional utilities to the public sector.

However, the question is, is this adequate or can the GCC region aim to reach a 50% penetration rate of district cooling by the year 2030? Is this an achievable rate, backed by planning, to meet the increasing power demand, or is it the writer’s unrealistic dream, clouded by sentiment?

To answer the questions, let’s start looking at district heating. As an older industry, it has achieved phenomenal success in some countries, and has failed completely in equally developed countries in the same geographical area. Let us examine a few of these phenomenal successes and see if the models can be replicated in district cooling. I will present my findings based on the research I conducted, covering Iceland, Denmark, Finland and South Korea.

Iceland has the highest penetration of district heating in the world, with 95% of all housing, mostly in the capital of Reykjavik, heated by district heating services. Most of the district heating in Iceland comes from three main geothermal power plants, producing over 800 MWth – Svartsengi Combined Heat and Power Plant (CHP), Nesjavellir CHP plant and Hellisheidi CHP plant.

In Denmark, district heating covers more than 60% of space heating and water heating. In 2007, 80.5% of this heat was produced from CHPs. Heat recovered from waste incineration accounted for 20.4% of the total Danish district heat production. Most major cities in Denmark have big district heating networks, including transmission networks operation with up to 125°C and 25 bar pressure and distribution networks operating with up to 95°C and between six and 10 bar pressure.

The largest district heating system in Denmark is in the Copenhagen area, operated by CTR I/S and VEKS I/S. In central Copenhagen, the CTR network serves 275,000 households (90% to 95% of the area’s population) through a single network of 54 kilometres double district heating distribution pipes, providing a peak capacity of 663 MW. The consumer price of heat from CTR is approximately €49 per MWh plus taxes (as per 2009 figures).

Heat planning has been the central driver for the successful implementation of district heating. Gradual replacement of natural gas and oil supply to district heating, along with other initiatives, such as incentives for insulation of buildings and a switch to renewable power production, has put Denmark in the forefront of energy saving.

In Finland, district heating accounts for about 50% of the total heating market, four out of five of which are being produced from CHPs. Over 90% of apartment blocks, more than half of all terraced houses, and the bulk of public buildings and business premises are connected to a district heating network. Natural gas is mostly used in areas to the south east of gas pipeline networks. Imported coal is used in areas close to ports, and peat is used in northern areas, where it is a natural resource. However, other renewable resources, such as wood chips and other paper industry combustible by-products are also used, as is the energy recovered from the incineration of municipal solid wastes.

Industrial units, which generate heat as an industrial by-product, sell waste heat to the networks, rather than releasing it into the environment. In some towns, waste incineration contributes as much as eight per cent of the district heating heat requirement. The availability is 99.98%, and disruptions, when they do occur, usually reduce temperatures by only a few degrees.

In Helsinki, an underground data centre, under the Uspenski Cathedral, will release excess heat into the homes of the neighbours, producing enough heat to heat approximately 500 large houses.

South Korea targets CHP expansion, thanks to CHP being firmly embedded in the country, mainly due to its role in the country’s extensive district heating systems. The country is now working on district cooling technologies, too, and has ambitious plans for the expansion of both technologies, says David Hayes, following a recent visit. Hayes writes extensively on energy matters in Asia.

The government’s plans are based on an expected increase in the number of district heating users by one third over the next four years, as part of its wider efforts to increase clean energy consumption at a time of rising energy costs, without slowing down economic growth.

South Korea’s district heating market has expanded steadily during the past decade due to increase in the number of nuclear families living in high-rise apartments, and government support for CHP through its planning policy and tax incentives. The country’s population of 49 million people consists of 14.4 million households, of which 1.87 million households, or 13% of the total population, use district heating.

“The South Korean government’s plan is to extend district heating to 2.54 million households. So, it is a big increase in three years,” comments Chul Jong Yoo, Senior Manager of Korea District Heating Corporation’s (KDHC) global business team. “Most of the new users will live in the Seoul-Incheon area, as the climate is colder there and the population density is high.”

WHY NOT IN THE REGION?

The reason why I have highlighted the successes of district heating in the above countries is because I believe that these examples can be emulated in the fledgling district cooling industry in the region. I believe that the GCC can lead the world in showing how a 50% realistic rate can be achieved by 2030. I hereby ask few futuristic questions that could help actualise this vision:

As far as the sceptics are concerned, to them I hereby state that district cooling in the GCC region and the world, and district heating in colder countries are here to stay. They will be part of every city in the future, with substantial penetration rates. The rate at which the vision will be actualised depends on the vision of our city mayors or authorities, supported by our leaders, who can help achieve a secure, competitive and green future.

The writer is CEO of DC PRO Engineering, UAE. He can be contacted at gberbari@dcproeng.ae