To our colleagues and friends at Climate Control Middle East: 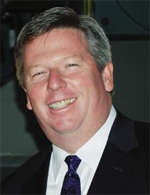 On behalf of the members and board of directors of the International District Energy Association (IDEA), I want to extend our congratulations on the occasion of your fifth anniversary of operation. Five years is a significant milestone for a publication, and you are to be commended for your vision, commitment and engagement in the district energy industry in the Middle East region.

Our paths have been intertwined since the first International District Cooling Conference in Abu Dhabi in January 2007, nearly 100 years after IDEA was founded in 1909. Since we first published District Energy magazine in 1915, we have maintained editorial focus on energy efficiency and environmental stewardship as guiding principles, a mission that you have mirrored.

The next century will demand our very best efforts to maintain a livable planet. We are pleased that Climate Control Middle East will be with us on this engaging and rewarding ride.