Time for meters to start ticking

The concerned departments in Dubai are well aware of the high energy consumption and have started to introduce laws stipulating measures for a more conscious use of energy. The Strata Law, which came into force in October 2010, states that developers are required to register their sub-division plans and to define common areas and private units, as well as to create home-owners’ associations and register them with RERA. All homeowners are now responsible for maintenance and upkeep as well as administrative jobs of their jointly owned properties.

On the one hand, the introduction of this law gives homeowners full control of their decision to choose and commission the service providers they want to work with and also creates transparency in the definition of service charges, which has been an unknown and confusing issue for homeowners in the past. On the other hand, homeowners might see it as a burden and an added responsibility to maintain their properties on their own.

However, the fact remains that due to the new Strata Law, the focus is no longer on the developer but on the consumer, representing a paradigm shift in the market. Prior to the law being insituted, homeowners paid a fixed amount on a monthly basis to the developers for the upkeep of their residential properties. Today, consumers (being the homeowners) themselves, are fully responsible for managing their properties. This might help consumers know exactly how much energy they consume, and hence, develop a more conscious and responsible behaviour when using energy.

Being aware of one’s behaviour, in terms of energy consumption, has been proven to pay off significantly. This assertion is based on studies and experience in many European countries. Indeed, metering companies have demonstrated through many successful projects that a conscious use of energy and a consumption-based cost-allocation billing system leads to energy savings of up to 25%. 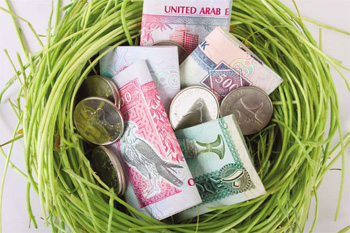 As a company, we have been offering all these services for over 55 years and could achieve yearly energy savings of approximately 13 billion kWh, calculated based on 4.5 million apartments equipped with meters. In my opinion, this enormous savings potential can result in reducing carbon emissions by three million tonnes, a figure that should be of great interest to the UAE, which has one of the highest per capita emission rates in the world.

Since data pertaining to savings potential is not yet being recorded systematically by district cooling companies in the Gulf region, it is important to choose a well-experienced provider to carry out such works.

Another important issue in this context is the legal basis for cooling cost allocation, which is still missing in countries like the UAE, for example. As a person with experience in the field, I believe that the law created for this purpose needs to include several elements. These are, firstly, a clear definition of the cost of energy; secondly, an obligation to install metering devices; and thirdly, an obligation to measure the consumption as well as an obligation to allocate costs in a fair and transparent way in the common areas. This leads to energy and cost savings of up to 25%, which has been proven in many European countries, where such laws have already been enforced.

In my opinion, this implies that a law would need to be created with the aim of specifically determining responsibilities, and taking the criteria I have enumerated into account. The responsibilities would include an answer to the question: Who is responsible for payments in shared areas of buildings? Costs could, then, finally be clearly divided between the parties involved, ranging from tenants to homeowners or homeowner associations to developers. This division of responsibilities in shared areas has so far been unclear in the UAE, although it comes with great obvious advantages for all parties involved.

The Strata Law, which came into force in October 2010, states that developers are required to register their sub-division plans and to define common areas and private units, as well as to create home-owners’ associations and register them with RERA.

The writer is Regional Manager of MENA, Techem Energy Services Middle East. He can be contacted at hans.altmann@techem.de.