It can reduce energy bills by minimising heat gain via windows and skylights, claims WFAANZ 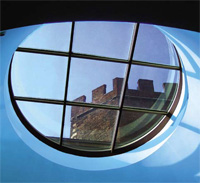 Saying that if used incorrectly, skylights can be a major contributor to heat gain within a building, the Window Film Association of Australia and New Zealand (WFAANZ) has said in a news release that solar heat gain can be a primary consideration when incorporating skylights and rooftop atriums into a design. Rising electricity prices, new government regulations and growing environmental concerns have propelled energy efficiency and sustainability to the forefront of criteria for successful design, WFAANZ has added.

In this context, window film applied to existing glass makes it easier, less expensive and more environmentally friendly than buying new windows or skylights, the news release has advised.

Against this backdrop, Aaron McCarthy of Sydney-based window film installer and WFAANZ member, TintFX, has commented: “Solar heat gain is even more of a problem on horizontal or sloped roofs than it is on windows, due to direct exposure to the sun. Over the last six months, we have been asked by a number of shopping centres, buildings and homes to tender for rooftop jobs.”

One such project was for the Centro shopping centre at Warriewood in NSW, said the news release. According to TintFX, it installed over 200m2 of solar control window film on to a 40m skylight and two pyramid atriums within the centre. Over nine nights when the centre closed, McCarthy and his team used a boom lift to reach the atriums and apply the film.

“The film used at Centro will block up to 80% total solar energy, up to 99% UV radiation and 90% glare, but will still allow the light to pass through. You couldn’t tell by looking at them that film has even been applied,” McCarthy said.

Tim O’Sullivan, Operations Manager for Centro Warriewood, added: “Our large rooftop atriums fill the centre with bright natural light. The downside used to be the heat and UV that would also pass through. Our air conditioner had to compensate for the heat gain, which increased energy usage. Instead of letting in heat and then paying to cool it down, we wanted to block the heat at the source.”

O’Sullivan, believed that the results were noticeable in other ways: “Patrons say the food court is far more comfortable now,” he said. “Plus, we already had a 10% reduction in our energy bill for the winter quarter. That saving will increase as we head into summer. At this rate, the window film will have paid for itself within five years.

“Sustainability has become a focal point of our work,” O’Sullivan continued. “This positive step Centro Warriewood has taken will help reverse the effects a centre such as ours can have on the environment.”

According to WFAANZ, window film can be used on any glass surface to control heat gain, increase safety, security and privacy and protect interiors from UV damage. It has, therefore, set a strict code of practice for its members, it claimed. To learn more about window film, you can visit the WFAANZ website www.wfaanz.org.au.