by CCME Content Team
Share on FacebookShare on Twitter
Will smart meters, proposed to be installed in all Abu Dhabi buildings by the year end, increase consumer awareness?

Will smart meters, proposed to be installed in all Abu Dhabi buildings by the year end, increase consumer awareness?

It appears that smart meters will become a common feature in Abu Dhabi. The Abu Dhabi Distribution Company (ADDC), which supplies electricity to the city and surrounding areas, will have installed digital electricity meters in all buildings by the end of this year, its deputy managing director, Abdulrahman al Dhaheri, is reported to have said on October 27. 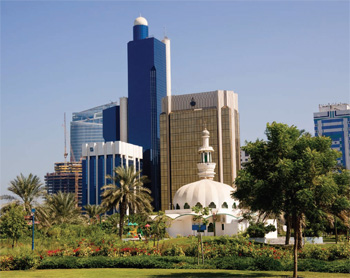 A traditional meter records a customer’s continuous usage of power, which can be read at intervals, usually of a month. The new digital meters can be monitored to show consumption peaks and troughs throughout the day. Hopefully, this may lead to some amount of introspection in the more socially and environmentally conscious among the public, leading to a more economical way of using energy. If one takes an optimistic view, it might even raise awareness among those who have not given a serious thought to the issue. According to the report, Al Dhaheri has said that the meters will also allow households to sell power from rooftop solar panels back into the grid, Al Dhaheri said.

Reinier Grobbelaar, the UAE Business Manager for ABB, the Swiss power equipment supplier, has said that the meter is the basis for a “smart grid” designed to enable a utility to control consumption.

“Whereas the control system of a traditional grid assumes the demand side to be a ‘given’, smart grids create incentives for consumers to modify their consumption patterns,” he said.

According to the report, the Executive Council had said last month that it had “agreed to the memorandum submitted by the RSB with regards to tariffs of progressive consumption segments of water and electricity.”

Since the new meters not only calculate power usage, but also allow consumers to sell their own solar-generated electricity back to the grid, it is probably a step in the right direction, in not only measuring energy consumption but also making the society at large part of and partners in the country’s effort to conserve energy and use environmentally friendly measures in day-to-day life.

Reportedly, Abu Dhabi Executive Council is considering two other changes: a subsidy scheme for rooftop solar panels and the first increase in power prices in 15 years. It is a two-pronged approach to reducing energy consumption and nudging consumers towards taking responsibility for their own power generation. To strengthen this move, ADDC has proposed subsidies that would pay homeowners to install solar panels on their roofs with total output capacity of 500 megawatts, a third of the Government’s renewable energy target.

The digital meter installations, already 65% complete, will give ADDC the data and tools it needs to try to slow galloping consumption growth, Al Dhaheri is said to have commented.

The proposed changes are the key planks in the Abu Dhabi Government’s strategy to generate seven per cent of electricity from solar power and other clean energy sources by 2020, which will in turn cut greenhouse gas emissions.

The a power price increase that the Abu Dhabi Executive Council’s is considering is said to be of undetermined size, recommended last month by the Regulation and Supervision Bureau (RSB), the industry regulator. Experts agree that a price increase would be the most effective way to persuade consumers to switch off lights and turn up the thermostat.