by CCME Content Team
Share on FacebookShare on Twitter
In the face of lingering challenges the signs of a determination to overcome is evident in the region’s district cooling industry, and Saudi Arabia and Qatar are at the forefront. Story and photographs: B Surendar

In the face of lingering challenges the signs of a determination to overcome is evident in the region’s district cooling industry, and Saudi Arabia and Qatar are at the forefront. Story and photographs: B Surendar 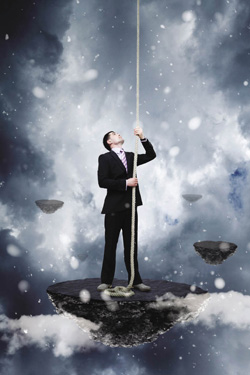 District cooling in the region is not out of the woods; far from it, the challenges remain firmly in place. If the MEED conference on district cooling in September (related story in the October issue of Climate Control Middle East) revealed road-bumps emerging in Abu Dhabi, the recently concluded 5th International District Cooling Conference and Trade Show only confirmed the situation that the UAE has quite a way to go to emerge from the crisis.

Without the slightest doubt, a lot of crease lines need to be ironed out, and the two-year-old lament, post Lehman Brothers, about the delicate nature of the industry still resonates in the desert air. At the same time, there is a resolve to make things happen in the region. And Saudi Arabia and Qatar are at the forefront.

Qatar, for the first time, hosted IDEA’s conference. The icing on the cake was the inauguration of the conference host, Qatar Cool’s 130,000 TR-capacity integrated district cooling plant (IDCP) on The Pearl-Qatar, so indicative of a political will in the peninsula to support district cooling. This was in evidence at the inauguration, considering H.E. the Deputy Premier and Minister of Energy and Industry, Abdullah bin Hamad Al-Attiyah, cut the ribbon to the plant.

While there is a possibility that Qatar could see a supply glut of residential units, much like Dubai and Abu Dhabi, which will result in an inevitable slowdown of the district cooling industry, Qatar is pressing ahead with optimism and, in some cases, an approach that is different from that of UAE and Bahrain.

District cooling providers in the two countries have faced an enormous challenge with relation to piping networks alone. Speaking about this on the first day of the conference, Bernt Andersson, the CEO of Bahrain District Cooling Company, said, “The developers want us to finish the piping network immediately, which is a huge challenge if the pipes are going to wait for five years.” In direct contrast to this, Anderson’s fellow delegate, Jean François Chartrain of GDF Suez, said that the Lusail project was following a different approach to district cooling in the sense that the developer had taken upon himself to ensure the availability of district cooling infrastructure, thus reducing the financial burden on the district cooling provider.

Saudi Arabia is also trying to adopt a different approach to district cooling. In the course of speaking at the conference, Abdul Salam Al Mobayed, Vice President – BDO of Saudi Tabreed, said that his team and he were sparing no efforts to educate different stakeholders on the benefits of district cooling. “In Saudi Arabia, we have a big challenge to meet the demand of power consumption,” Al Mobayed said. There will be a big boom in Saudi Arabia, which means there will be a lot of demand on power. Without district cooling, it will be very difficult to meet the power needs. Our minister for power and water understands this and is very supportive of district cooling. He has said he will try to support the industry.”

Saudi Arabia has already started the process of helping the industry. The Saudi government recently announced that it is going to establish a night rate, which will open up the opportunity of installing thermal energy systems and reaping the benefit from them. Saudi Arabia has arrived at the decision as much out of necessity as out of a need to support the industry, said Hisham Hajaj of Stanley Consultants at the conference. “Air conditioning systems consume 60% of the total energy in the region,” he said. The government recognises this to be a big number. The government had a wake-up call last summer in Jeddah when they had a few black-outs. The peak was so high. They realised that with preferential rate, they can cut down on peak demand for air conditioning through thermal storage.”

Much in the same way, Hajaj said, there has been enlightenment to use treated sewage effluent (TSE). The powers that be have contracted the National Water Company to supply TSE with irrigation and district cooling in mind.