Time is of the essence

MEED’s 3rd Annual Middle East District Cooling conference reveals that the industry needs to act quickly to address outstanding challenges and to adopt strategies to attract better governmental support. both are necessary to efface growing discontent towards district cooling among end-users and among some large and small developers, particularly in the UAE. Story: B Surendar 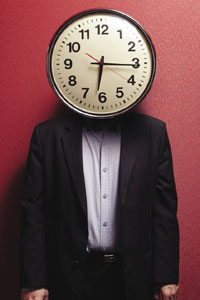 That much work needs to be done to strengthen district cooling’s foundations in the region came into sharp focus at MEED’s 3rd Annual Middle East District Cooling conference, on September 27 and 28 in Abu Dhabi. As the conference got underway, it appeared as if there were two issues being discussed and that both were as disconnected as the lines of a railway track.

In many ways, Faisal Al Kamali, the Head of Infrastructure at Aldar, was echoing the voice of the end-user, so sadly ignored during the boom years. Saying that for a customer to pay 52 fils per tonne of refrigeration (TR) was not acceptable, considering that other countries charged only 22 fils per tonne, Al Kamali strongly indicated he was not averse to the idea of installing a split unit in his “own house”. Speaking on behalf of Aldar, he went on to add that if the developer did not want to use district cooling, it would look at other options. “For new projects, we can do anything – we have to see what is most efficient,” he said. For upcoming projects, though, like Al Raha Beach and Yas, we have already committed to district cooling.”

If Al Kamali’s words were a piercing denouement of the state of affairs, what came from Mohammed Mirza of Sorouh, though not a revelation, was hardly comforting. Mirza said that Sorouh was phasing out district cooling plants. “If we are looking at a capacity of 40,000 TR, we will build that over the next four to five years and not immediately,” he said. “So, there is quite a bit of re-planning and reorganisation. MEP consultants are not ready to accept that we don’t need so much tonnage, though.”

Al Kamali blamed the current scenario in the UAE on complacency on the part of the industry, which he said, did little to stop bad practices, like over designing a plantroom. “During the boom, district cooling firms saw an opportunity to make money,” Al Kamali said. “Everything was being over-designed – more pipes, more chillers. They saw it as an opportunity to make money.” As a developer, he said, he had sought greater honesty from the industry. “We are not experts in district cooling,” he said. “We see it as being environmentally friendly and as offering cost savings, but consultants should have reviewed and given us the right capacity. They gave us 20-30% more than what was required. Today, in Raha Beach, people are suffering from over-charge. So the cost saving is there for the developer and the service-provider but not for the end-user.”

Hisham Hajaj of Stanley Consultants batted for district cooling, saying it represented the best possible solution to meet the cooling needs of large developments. In the case of a standalone system, Hajaj said, the end-user started at 1.5kW/TR, but owing to poor maintenance, soon went to a 3kW/TR consumption. “So, why don’t you put the cost with the provider and, thus, be assured of the materials used, etc.?” Added Adib Moubadder, the General Manager of Emicool: “When you look at initial expenses, you cannot compare between district cooling and split units, but 15 years onward, you will see the difference. Plus, there is the hidden cost, mainly capital refurbishment. What is the lifetime of split units? You need to replace them every five years.”

Al Kamali responded by saying that in the case of district cooling, the end-user had to pay very high charges. In a typical scenario, he said, the end-user of district cooling ended up paying Dh 12,000 a year in consumption and connection charges. On the other hand, if he had to change a split unit every five years, the cost would come to only Dh 4,000 per unit, which in a 20-year cycle worked out to only Dh 16,000, as compared to a Dh 240,000 cost in the case of district cooling. “And let’s not forget, people who are providing splits are improving them, as well, Al Kamali said. “So splits are more efficient now.”

By his own admittance, Al Kamali’s grouse with district cooling mainly had to do with the cost involved for the end-user. He acknowledged that he believed district cooling, if properly managed, could result in an overall savings of between 25 and 40% and offer savings in terms of capital costs and a reduction in power demand, staffing and maintenance. In addition, it could offer stable and cost-competitive operating costs. District cooling, he said, had lost a bit of its appeal, owing to the way it had been practised in the country.

Al Kamali said the way out of the morass was regulation. Consultants, Al Kamali said, misled developers on capacity and over-designed on capacity, owing to a lack of regulation. “We do have regulations and set tariffs for other industries, like power and water, but that is not the case with district cooling,” he added.

Moubadder agreed with Al Kamali, saying that there ought to be restriction from the government on capacity to ensure there will be no idle capacity. “We should not build before a project is going to happen,” he said. “Currently, the consultant is the problem. He is always looking after what will happen in peak summer, so he overestimates the declared load. There should be a district cooling authority, comprising experts, to address this point.”

The call for a regulatory authority from Al Kamali and Moubadder resonated well with the audience, with Fadhal Al Kazemi, the CEO of Kuwait’s Kazema Global Holding and Mirza also joining in the chorus. In fact, they called for more aspects to be covered under regulations.

Al Kamali took the lead in this when he said that regulations were needed to cover such issues as the use of treated sewage effluent (TSE) for condenser cooling. Saying that TSE was scarce in Abu Dhabi and that the government was going to use it for irrigation, he called for regulation to ensure its constant supply to district cooling providers. He called for a proper agreement, which he said was needed to receive TSE on either a temporary or permanent basis. To highlight the present circumstances, he said that as developers, companies like Aldar ended up assisting district cooling providers in securing water. “That is not our job,” he said. “They should start the planning right from the beginning. They should know to work out how much water they will need and make arrangements. They have to reach an agreement with water providers.”

While the sentiment was in favour of better regulations, quite a few in the industry said they were seeking better conditions for district cooling companies to operate in. One of them was the long-outstanding issue involving a differential-tariff structure. Asked Moubadder: “They say, ‘build thermal energy storage’, but what is the benefit if there is no differential tariff? If the government stands up and says it will support district cooling companies, there will be price segmentation.

Moubadder also bemoaned the slab-tariff structure for power, saying that his plants crossed the threshold established for minimum payment. “So no matter what we do, in terms of sustainability, it doesn’t translate into numbers,” he said. “We need motivation.” Moubadder called for the establishment of an industrial segment, a commercial segment and a residential segment, with the industrial segment being the lowest.

Another area where conditions could do with improvement, Moubadder said, was financing. In the present set-up, he said, district cooling providers were unable to receive the right investments for what they had built, because banks were applying the brakes and raising the bar too high. “Further, they are slowing down on what they had committed to give,” he said. In response to this, Rasheed Al Rasheed, the CEO of Saudi Arabia-based ACWA Holdings, said that the problem was not with financing but with the structure. “When the crisis happened, the banks looked at risks,” Al Rasheed said. “They stopped, but when looking at the structure, they can do (loosen the purse strings), because credit is available.”

Al Rasheed was part of a Saudi representation at the conference, which commanded a lot of air time, with everyone eager to learn the latest developments taking place in the Kingdom. Earlier, in a presentation, Moubadder had characterised the Kingdom as “one day the giant of district cooling”, which he said, was building new cities and which had a decentralised cooling system in place in its existing cities.

By way of explaining the surge in district cooling activity in the Kingdom, Moubadder said that earlier, no one thought of kWh; today, however, the cost of building high-voltage plants is expensive. Almost echoing his words, Tawfiq Abu Soud of Drake & Scull said that the opportunities for district cooling were growing in Saudi Arabia. “The authorities have to push for it, because power is subsidised, and district cooling will reduce the subsidies,” Abu Soud added.

Moubadder felt that things were moving in the right direction in Saudi Arabia, if the massive infrastructure budget announced by the government was any indication. Besides for drainage, a big portion was going for the development of district cooling, he said. Added Abdulhamid Al Mansour, the CEO of Saudi Tabreed: “What we are witnessing in Saudi Arabia today is that we are seeing appreciation from the authorities towards district cooling. So district cooling is not facing a perception challenge.”

Al Mansour was part of a team that presented on Saudi Tabreed’s exertions to set up a district cooling regimen in Dhahran for Saudi Aramco (see box, left). Projects, like the Dhahran initiative, are one of the reasons for the district cooling industry’s rather rosy view of Saudi Arabia. While district cooling is the regimen of choice for several large developments across the country, it is so for existing projects, as well. With Saudi Arabia taking steps to address the issue of the availability of water – National Water Company’s avowed commitment to meet demand through a reliable supply of TSE – a long-standing barrier to district cooling is falling down. That, coupled with regulations and a streamlining of the financial machinery, would go a long way in establishing a strong foundation for district cooling in the Kingdom.