IDCP – Emerging from the oyster

by CCME Content Team
Share on FacebookShare on Twitter
Dubbed the Riviera of Arabia, The Pearl Qatar is a man-made island, rising off the eastern shore of Qatar, about 20 kilometres north of the downtown central business district of Doha and directly north of West Bay.

Dubbed the Riviera of Arabia, The Pearl Qatar is a man-made island, rising off the eastern shore of Qatar, about 20 kilometres north of the downtown central business district of Doha and directly north of West Bay. 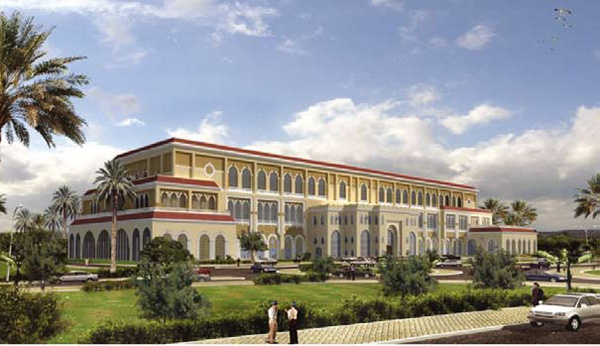 It was envisioned as a phased mixed-use development, comprising 10 themed districts, each having unique characteristics and ethos, with beachfront villas, town homes, luxury apartments, penthouses, five-star hotels, marinas, upscale retail outlets, malls, restaurants, leisure activities (like yachting facilities) and an entertainment hub. When completed, it will be home for more than 40,000 residents.

The Pearl Qatar development began in 2006, resonating with Qatar’s aspiration to be a nation of superlatives, revolving and evolving on its axis of high growth rate and encouraging GDP.

Since comfort was the keynote of The Pearl Qatar, controlling the indoor environment was of prime importance. This is where Qatar Cool stepped in and initiated the country’s first ever district cooling plant.

It was through IDCP that Qatar Cool served the first villa in The Pearl Qatar on November 1, 2006, and was ready to offer its service when the first investors took up residence in 2009 – the year Qatar Cool celebrated its fifth anniversary.

Demand for district cooling services continues to increase, says Qatar Cool, as it gears up to inaugurate the IDCP (with a whopping 130,000 TR capacity) on November 9. With the inauguration, the objective it set out to achieve will be reached.

As earlier mentioned, the IDCP, in fact, is already serving several completed towers on the island. In all, the plant will serve a wide range of buildings – towers, villas, hotels, office buildings, malls and schools. 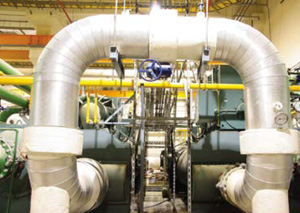 Qatar Cool says that this will not only meet the demand of about 41,000 international residences in The Pearl Qatar but would also be serving the end-users for the first time, as the island is a free-hold zone. This implies that Qatar Cool would be dealing directly with the end-users, who would be receiving the company’s chilled air utility. This will become a reality once the construction is finished and the unit has been handed over to the owners by the developer. As a first step in this direction, Qatar Cool set up its Customer Service Office on the island in February this year to facilitate the process.

As district cooling is increasingly perceived as an economical and environmentally friendly solution for serving large urban communities, the present facility hopes to improve the end-use energy efficiency. This is also in keeping with Qatar’s 2030 National Vision and Environmental Development programme, with its avowed objective of harmonising economic growth, social development and environmental protection.

The Pearl Qatar – the story so far…

The Pearl Qatar, Qatar’s first international luxury residential development that offers international investors freehold title ownership, has positioned itself as an exclusive island retreat with a community looking for a lavish life style. Although The Pearl Qatar is an island, a causeway connects it to the main city of Doha.

The 10 planned districts will have an ethos of Italian, French, Spanish and Arabic. The first phase of the development is Porto Arabia. Fanar Croisette is a lighthouse, while Costa Malaz is the up-market lifestyle hub in the second harbour with stand-alone villas. Viva Bahriya, at the centre of The Pearl Qatar, will house a family community. Isola Dana is a chain of islands, with customised villas extending out into the Arabian Gulf.

The island’s name and location are symbolic, as it sits on a former pearl-diving site, and also reflects the country’s strong cultural and economic ties with the sea and pearl fishing.