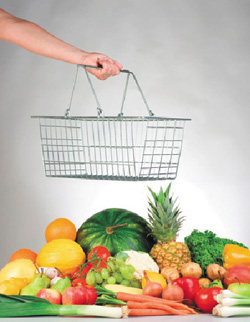 Companies engaged in refrigerated transport may not have been adversely affected by the recent economic downturn but many challenges remain for the sector to contend with. And it’s about time it did something to remedy the situation, as the cold-chain involves more than just transporting foodstuff from field to fork.

Think of legislative bodies, which should change and modernise the rules and guidelines, and enforce these where temperature-sensitive foodstuff is concerned. Yes, it’s not only the FMCG, or fast-moving consumer goods, group and the general public that need to be aware of the dangers of incorrect storage and transportation of foodstuff.

Food safety controls, in matters of the Gulf market, are “light years” away compared to, say, the Western world, remarks Paul McGarrigle, Key Accounts Manager of Transport Solutions for the Middle East and Africa at Thermo King. “But I believe the region is a victim of its own success where the trend tends to be ‘reactive’ rather than ‘proactive’ of late,” he adds.

The situation may be attributed to the rapid economic expansion which the Arab Gulf countries have all been a part of in the past number of years, he says. Whilst he believes that the region, particularly the UAE, has the right intentions, reforms can be slow at times. And this is something for the industry to think about, considering the threat of pandemics, like swine flu, avian flu and mad cow disease.

“The region needs to understand that food safety controls are put in place to protect consumers, and the Western world has learned from its mistakes,” McGarrigle stresses. “The Gulf region should not have to make the same mistakes before the changes occur!”

The managing director of Güntner Middle East, Adel Kamel, also laments the lack of regulations on the quality of the refrigeration industry, such as the manufacture of equipment and the impact of the materials on the environment. He says internationally recognised organisations, such as Germany’s DKV, or Deutscher Kaelte-und Klimatechnischer Verein, could help set up universal standards for all suppliers to ensure product quality and the protection of consumers.

Another problem, he adds, is that most major refrigeration consultancies operating here are based abroad. “That means there often is not enough experience with the regional market and its challenges – which sometimes makes it difficult for us to offer the optimal and most efficient design,” says Kamel, whose Germany-based company manufactures condensers, evaporators and other components for the HVAC&R industry.

Some industry manufacturers, whose 80% of customers are in the food and beverage industry, also find it difficult to persuade end-users of refrigerated transportation vehicles to opt for energy-saving products, which command a higher price. But Amitesh Singh, Manager for Business Development at Emerson Climate Technologies, is optimistic. “We believe that energy efficiency is gaining momentum in the region, and very soon we expect to see energy regulations in the region,” he says, stressing that Saudi Arabia has already defined its rules on air conditioning and smaller refrigeration equipment.

Dubai-based Anupam Dewan, Director of Sales and Marketing, Refrigeration & Air-Conditioning Division, Danfoss, describes customer awareness in the Gulf as “still limited” when it comes to energy-efficient products, perhaps because energy prices are low. He also decries the “generally limited” level of technical skills, delaying the introduction of new technologies.

“Refrigeration consultants are almost non-existent in this part of the world – which is a shortcoming when we need to convince a customer to go in for energy-saving products,” he says. Noting that end-users always want to have a cheaper product regardless if they get to pay more for electricity, Dewan warns: “Any malfunctioning in comfort cooling leads to discomfort, but any malfunctioning in the refrigeration industry means direct loss of money.”

This sort of forces companies like the European-based Danfoss, which mostly deals in energy-saving products, to change priorities with regard to their operations across the Gulf region. That focusing more on product reliability and lower pricing, rather than energy-efficiency, may be good for them. But Danfoss also has high hopes for its business, as it sees a growing demand for green products in Saudi Arabia, Kuwait and Qatar.

This is not to say that reliability is a lesser issue, inasmuch as the industry is rife with poor installation practices, improper handling of the equipment by operators and inadequate training of personnel and technical staff. Even some of the vehicles and equipment used in the transport of foodstuff have seen better days, says McGarrigle.

All one needs to do, he says, is take a trip to the Fruit & Vegetable Market in Dubai at 3am of any given day, to see the equipment being used to import and export farm produce to and from countries like Syria, Turkey, Saudi Arabia, Jordan, Iran and Iraq, among others. Besides the amount of spoilage being dumped at the end of trading activity each morning, he says, small operators of vehicles being used to transport goods may have been running and using the same refrigeration components for the past 15-20 years.

And even though 99% of the reefers being used in those vehicles are Thermo King’s, McGarrigle says, the company has now evolved to manufacturing products that are more cost-efficient, reliable, traceable and environmentally friendly. These new products will ultimately prolong the shelf-life of fresh fruits and vegetables, and enhance food safety.

He stresses, “I would like to see stricter guidelines regarding the age of equipment being allowed across the borders, carrying food that I may end up eating!”

Whilst the reliability of Danfoss products is not an issue, Dewan stresses, customers will have problems if they opt for cheaper but inferior products. “Limited application knowledge also leads to improper product application, resulting in reliability issues,” he emphasises. “We are investing more and more each year in training customers. We also conduct monthly Web training on our products.”

Other companies are aware of the same need to conduct regular seminars for clients and end-users on the latest products and technologies.

Güntner, for instance, has been offering workshops and symposiums to customers and their staff for the past more than 20 years. “We focus on the installation and maintenance staff,” Kamel says. “The operator should not be affected by the heat exchanger. The refrigerant plant should run unfailingly. Having more than 70 subsidiaries worldwide, Güntner can deliver spare parts at a short notice, and provides two years warranty for them.

At Emerson, Singh says there are more products focused on the efficiency side, as customers and end-users increasingly look for such solutions when planning for their business and financial operations. The company has, in fact, developed multiple solutions to address the reliability of refrigeration components. Emerson’s ZX condensing units, for instance, have scroll compressors designed to weather the region’s harsh climate.

“We also launched a range of scroll compressors for refrigeration applications which are energy-efficient and can provide the large end-users with increased reliability and energy savings,” he says.

And whilst Emerson has experienced a slowdown with regard to new projects, Singh says the existing ones have continued, and those that had been stalled are now beginning to pick up.

At Thermo King, a manufacturer of temperature control systems for mobile applications, business has been favourable even during the worst of the recent economic crisis. Thanks to the region’s ambient temperatures, where refrigerated transport for foodstuff is a major necessity, equipment sales and aftermarket parts and service sales have continued at Thermo King, a unit of the Ingersoll Rand Company Ltd.

“But it’s fair to say that major investment decisions were ‘re-thought’ in 2009 on the back of the very apparent uncertainty that took over the region right through every sector, from tourism to banking,” McGarrigle says. “However, this uncertainty had not caused our customers’ investment and expansion plans to cease; it merely became more difficult since the banks were no longer willing to offer ‘favourable’ interest rates, forcing investors to look for different methods of increasing or replacing existing fleets.”

And this has shifted the trend quite rapidly from customers purchasing their own equipment to end-users leasing additional requirements or outsourcing non-core operations and downscaling fleet sizes, he says, in order to manage their working capital. Which is also something good for Thermo King, whose Truck & Trailer business and aftermarket parts and HVAC sales in the Middle East have registered a total revenue of $100 million for the past two years.