by CCME Content Team
Share on FacebookShare on Twitter
Sweden’s quest for hitting the sweet spot in the GCC is backed by a culture of regulation, research and innovation, say Swep, Systemair and Tour & Andersson.

Sweden’s quest for hitting the sweet spot in the GCC is backed by a culture of regulation , research and innovation , say Swep, Systemair and Tour & Andersson. Story: B Surendar 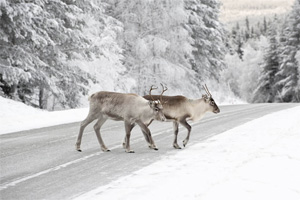 Lashed by the downturn, the market conditions in the GCC are tough, but generally speaking, Swedish companies that have been entrenched in the region for variable periods of time are not blinking. Far from it, their optimism seems to be unshakeable.

Swep, Systemair and Tour & Andersson (TA) are representatives of such companies. They say that a homegrown culture of adherence to regulation, research and a willingness to innovate, among other factors, has translated into steady business growth in the region for them. Says Shwan Lamei, Area Sales Manager (Middle East) for Swep: “Regulation is one aspect. A far more important factor is the willingness to try new ways of doing things and having the courage to take calculated risks. To succeed more, you have to increase your rate of failure. It all boils down to willingness to try out new technologies.”

Lamei speaks from experience. Swep is supplying energy transfer stations (ETSs) to a project in Saudi Arabia in ready-to-use containers. In effect, Lamei says, the company is constructing entire ETS rooms (up to 5,000 kW capacity), at a manufacturing facility in Sweden, from where they will be shipped to the Kingdom “for plug and play”. The initiative to supply factory-built, factory-tested ETSs in container rooms is a first for the region, used as it is to a system, where consultants design the ETSs, and contractors build them on site.

The pre-fabricated concept, Lamei says, is modular and enables future capacity expansion, which he adds, is suited for the downturn, which is characterised by uncertain load profiles. “With this modular concept, we hope to offer the market more flexibility and margins for error, as correctable actions can be taken down the road, in case loads are underestimated,” Lamei says.

Innovation figures high on TA’s list of business strategies, as well, and it avowedly has the track record to prove it. The company is in the process of introducing an instrument that will measure and diagnose problems in HVAC systems, enabling users to see the status of the system and analyse issues arising out of it. It will also enable the customer to diagnose faults early on in the system. Says Bassam Al Awar, TA’s General Manager for the Middle East and Africa regions: “This instrument is the foundation to the whole TA philosophy: to measure is to know, meaning you should measure and analyse an HVAC system to optimise energy efficiency.”

TA will also be introducing a pressure-independent control valve with pre-setting functionality into the Swedish market. Al Awar says the product is quite complex and, as such, demands the right level of knowledge to be understood, something that is not an issue with consultants who are familiar with such products.

Al Awar alludes to a long history of market maturity in Sweden, be it consultants or contractors, and among competitors. Lamei adds that this culture has a spread-off effect in supplier-client relationships as well as among competitors. “We continuously push each other to be more creative and efficient,” he says.

In addition to the culture of innovation and knowledge, is the mature regimen of regulation and legislation in Sweden and in the European Union, broadly speaking, which the manufacturers agree, constantly keep them on the hunt for more energy-efficient solutions and other positive technological attributes, which in turn, translates into business growth. The European Union has a building energy declaration directive in place, which classifies the energy efficiency of buildings. The directive gives directions on how much energy can be used for a certain building type. “This leads to the use of energy-efficient products,” says Niklas Engström, Managing Director of Systemair Middle East. “Sweden is one of the countries in the EU that is enforcing this directive to the highest degree.”

In Engström’s view, Sweden insists on high standards with regards to ventilation rates, which are strictly enforced. Sweden, he adds, together with the other Scandinavian countries, is a world leader in IAQ research and the implementation of good IAQ policies. Adds Al Awar: “TA has always had a strong energy focus, and legislation in Sweden and in the EU has moved in the right direction, accordingly. As the demand for more energy-efficient installations grew, as a result, we were well equipped with the knowledge and the products to support it. Equally, as governmental legislation moves even farther towards energy use, TA will be able to support the market.”

Legislation in the European Union lays stress on retrofitting of existing buildings and for ensuring that all new buildings comply with strict energy-efficiency measures. For instance, according to the Energy Performance of Buildings Directive (EPBD, 2010/31/EU), all new buildings must be nearly zero-energy buildings by 2020, with member states required to set intermediate targets for 2015. The directive for existing buildings is equally decisive. Sweden, generally speaking, complies with the requirements.

There is a need for retrofitting initiatives in Sweden. In the mid-1960s and mid-1970s, the ruling Swedish Social Democratic Party implemented The Million Programme (called Miljonprogrammet in Swedish), the aim of which was to provide housing for all at a reasonable price. Since then, the properties have fallen into varying stages of disrepair and require retrofitting to restore their energy efficiency. 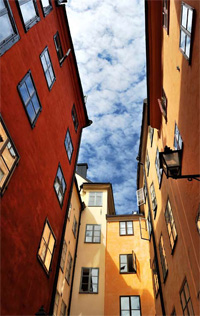 The Million Programme projects constitute but one example of a demand for retrofitting in Sweden. Al Awar estimates that between 60% and 70% of the projects in Sweden are retrofit assignments. Speaking for Europe, Engström says a third of the turnover is coming from retrofit jobs. In his view, there are many improvements being implemented on buildings with no or badly functioning ventilation systems. “The improvements are being undertaken to meet sharpened demand for ventilation, energy efficiency and good IAQ,” Engström says. From Swep’s perspective, retrofitting activity has meant changing over from shell and tube (S&T) heat exchangers and plate heat exchangers (PHEs) to brazed plate heat exchangers (BPHEs). There is a continuous work of replacing S&Ts and PHEs with BPHEs, he says.

The expertise gathered, be it in innovation or in retrofitting – both driven by the need to grow the business or to comply with governmental legislation – bodes well for Swedish companies searching for new opportunities for business in the GCC. They are quick to add that retrofitting assignments, in the kind of volumes that make business sense, are still a while away in the GCC, though. Says Al Awar: The retrofit market for hydronic balancing is very small and represents less than five per cent, simply because most of the buildings in the region are less than 30 years old. Engström echoes Al Awar’s observation. He adds that Systemair is in a state of readiness to respond to an increase in demand, though. The company’s direct-driven motors allow for more accurate and affordable speed control when compared to widely used belt-drive technology, Engström says, and can be deployed in retrofitting projects in the region. “As and when the retrofit market gathers pace, we are confident that Systemair will be a significant player in the market,” he adds.

For the short and the medium term, the focus, then, will be on new buildings. All three companies are optimistic that the GCC economy will continue to grow, despite the downturn, fuelled as it is by massive government spending and active private investment. The growth, Al Awar says, means that there will be greater demand for TA’s products, because they will help building owners achieve better indoor climate and lower energy consumption. “LEED requirements and green building legislation in the region means that the need for our products and solutions will increase,” Al Awar says. “In that context, sharing the knowhow of hydronic balancing with building owners, consultants and MEP contractors is the core of our business strategy.” In Engström’s case, the strategy involves pushing direct-driven motors. And for air distribution products, the company’s aim is to showcase controllable diffusers with good induction.

Generally speaking, none of the companies is limiting itself to any one particular GCC entity for a more focused business approach, though Saudi Arabia and Qatar are of interest. TA, for instance, says that it continues to be active in the UAE and in Qatar, where it already has an active distributor, who is engaged in a number of key projects. In Saudi Arabia, it appointed a dedicated sales manager this year. To be based in Jeddah and covering the entire Kingdom, the sales manager, Al Awar says, will be working with consultants and contractors on bespoke hydronic balancing solutions. As for Swep, the supply of containerised ETSs represents a robust foray into the Kingdom. At the same time, the company’s wind-vane will turn in any direction that holds the promise of business growth.