Perma-Pipe To Have A New Manufacturing Plant In Dammam

The new facility will serve GCC region and nearby countries

Perma-Pipe, a subsidiary of MFRI, recently announced that its Board of Directors has approved the establishment of an additional insulated pipe manufacturing plant to be located in Dammam, Saudi Arabia, to serve the GCC region and nearby countries. The plant will be developed and operated by Perma-Pipe’s subsidiary, Perma-Pipe Middle East, (PPME), in tandem with its existing plant in the UAE. 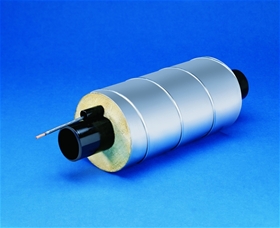 According to MFRI, a site has been leased in Dammam Industrial Area, and the detailed plant engineering and design are currently in progress. The new manufacturing facility, stated MFRI, will serve the requirements of the oil and gas industry as well as the growing market for district cooling networks in the Kingdom.

As per a statement by MFRI, Perma-Pipe Saudi Arabia, (PPSA) will feature Perma-Pipe’s Xtru-Therm automated spray polyurethane insulation and several jacketing systems, including Polyethylene, metal and FRP, offering a comprehensive product range. PPSA will also be equipped to custom manufacture pipe spools and a complete range of pre-insulated fittings.

The company has reportedly received an industrial license and the required commercial registration and expects the plant to be fully operational in 2011.

“We eagerly anticipate this major strategic initiative, which will address the largest market in the GCC countries,” said said Fati Elgendy, President, Perma-Pipe, Inc. “Perma-Pipe Saudi Arabia will serve the KSA district heating and cooling and oil and gas markets in this important and rapidly growing economy. Furthermore, in conjunction with our facility in the United Arab Emirates, the company will be well-positioned to serve customers throughout the region.”

Avin Gidwani, President, Perma-Pipe Middle East, added: “The facility is within 20 miles of ARAMCO and very close to Qatar, Kuwait and Bahrain. PPSA fills in our Middle East expansion strategy. Perma-Pipe has successfully served Saudi Arabia since the 1970s, and is currently supplying several major projects in the country from our UAE facility. Prominent among the projects currently being supplied in Saudi Arabia is the Princess Noura University, an entirely new university campus exclusively for women. Through PPSA we look forward to expanding our share of this very large market, as well as adjacent areas in the GCC.”