Chillventa, the international trade fair for refrigeration, air conditioning, ventilation and heat pumps, will take place for the second time at the Exhibition Centre in Nürnberg. The event will be held from October 13 to 15. The key parameters of the exhibition have, reportedly, grown appreciably, according to NürnbergMesse, the event organisers. 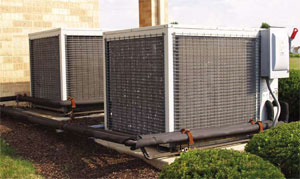 Based on the initial forecast, Gabriele Hannwacker, Exhibition Director of Chillventa, NürnbergMesse, said: “I’m really pleased to say, I have only good news to report. The experts gave Chillventa a great reception. The premiere was a resounding success, and the response is still impressive today. I have never experienced anything like it on this scale, in my truly long career as exhibition organiser. This is particularly reflected by the present level of registrations.”

She revealed that the organisers had already received binding bookings for over 90% of the 2008 exhibition space, and around 700 exhibiting companies had been obtained so far. “This clearly shows that the companies from all the event’s product segments unanimously support the Chillventa concept. Chillventa is expanding in all product segments – in refrigeration, and moderately in the air conditioning and heat pump segments too,” she added.

According to NürnbergMesse, the positive response has encouraged them to add another hall to meet the expected increase in demand for space, taking the number of exhibition halls to seven. This, said the organisers, gives them more planning flexibility and offers more possibilities for exhibitors.

Former Exhibition Director, and the present Member of the Management Board, NürnbergMesse, Richard Krowoza, who took over responsibility for Chillventa at the beginning of this year, speaking about the event said: “Chillventa is unique and convincing, with its clear arrangement of product segments for exhibitors – refrigeration, insulation, air conditioning, ventilation, heat pumps, C&I/automation, services for the refrigeration and air conditioning sector, forums and symposia.”

Though the target group of visitors is contractors from the refrigeration, air conditioning and ventilation, plumbing, heating and cooling, and electrical segments, Krowoza said that there would also be visitors from facility management, the supply trade, plant operators from industry, commerce and buildings, building services planners and architects.

A concentrated presentation of heat pumps in the Industrial Heat Pump Village, and a new special theme of cleanroom technology, would be the highlights of the event, Krowoza revealed.

“The Industrial Heat Pump Village was a real success in 2008, and is presented in hall 1 again this year. This time, it teams up with the newly created Cleanroom Village, which celebrates its premiere in October,” he elaborated. “Cleanroom technology is a substantial application in refrigeration and air conditioning. It was, therefore, obvious for us to respond to the wish for a separate dedicated platform for this theme at Chillventa.

A wide range of aspects of cleanrooms and ultracleanrooms are combined here in a top format.”

Krowoza explained that the Cleanroom Village offered manufacturers the opportunity to present the latest technologies for planning, construction and operation. He said that in addition, forums would be organised for the Industrial Heat Pump Village and Cleanroom Village, as also, two separate forums for refrigeration and air conditioning.

Commenting that the successful European Heat Pump Summit held in Nürnberg in September 2009 was actually an offshoot of the Industrial Heat Pump Village, he added that a Supermarket Symposium would be taking place in Nürnberg this month, inspired by Chillventa. “As you can see, a world of refrigeration, air conditioning, ventilation and heat pumps exists in Nürnberg,” he said. “I will even go a step further, as we are adapting the successful Chillventa concept in Russia, as a market of the future –Chillventa Rossija celebrates its premiere in Moscow from March 1 to 3, 2011.”

Answering the question, why in Russia, Krowoza said: “We are already active in the Russian refrigeration market. So, it’s not new for us. After organising two successful CholodExpo Rossija events in Moscow, we are now responding to the wishes of many companies, and offering a comprehensive business platform for refrigeration, air conditioning and heat pumps in Russia. Another step in this direction was the successful CholodSummit Rossija 2010. The future Chillventa Rossija will focus on air conditioning and heat pumps, in addition to refrigeration. This combination is not yet available in the Russian market, and we have the expertise and decades of experience to contribute.”

More information from the industry platform is available at ask-Chillventa.de, with 2,900 products and over 800 exhibitors online.