Housing Demand in KSA to Grow By 3.3% Annually

Saudi Arabia will need around one million new homes over the next five years to keep up with an estimated 3.3% compound annual growth rate (CAGR), according to a study by Saudi-based Jiwar Real Estate Management and Marketing, a real estate company in the Gulf region and the marketing arm of the Saudi Bin Laden Group. This pace translates to around 5.5 million required units by 2014. 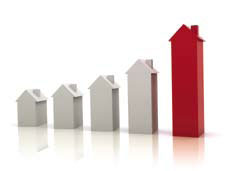 The residential sector has grown substantially to account for 70% of the Kingdom’s real estate market, as the housing demand has risen steadily over the recent years, due mainly to a young and rapidly growing population, constantly seeking affordable homes, says the study. The other 30% is distributed among offices, retail outlets, the hospitality and industrial sectors.

The study also revealed that the short- to medium-term domestic residential outlook is very positive as the demand is expected to surpass supply by 50,000 units annually over the next four to five years. The Saudi residential sector encompasses villas, apartments, duplexes, traditional houses, and residential compounds.

According to the report, Riyadh, Jeddah, Mecca, Madina, Damma and Al Khobar are the top residential markets in Saudi Arabia, with the property business in these areas being dominated by rented units, which account for an average of 83% of housing. The number of households in Riyadh city alone is expected to rise to around 1.05 million by 2014, representing a CAGR of 3.7%.

“Saudi Arabia continues to be one of the few property markets in the region capable of sustaining growth within the global recession,” said Dr Saleh Bin Abdullah Al Habib, CEO, Jiwar Real Estate Management and Marketing. “The residential segment has been the main driver; average occupancy within the six major city markets is, in fact, at around 96%,” he added.

Jiwar is actively involved in the Abraj Al-Bait Towers being developed by the Saudi Bin Laden Group in Mecca. Upon completion, the 595meter-high structure will occupy a floor area of 1.5 million square meters and become the world’s tallest and largest hotel. It will equal the area of the current record holder, Terminal 3 at the Dubai International Airport in the UAE, and surpass the Rose Tower in Dubai as the world’s tallest hotel.